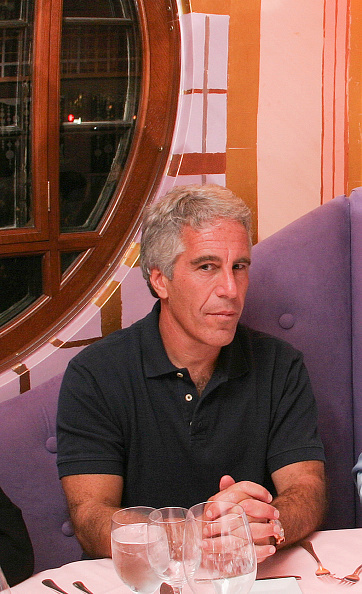 JEFFREY Epstein’s monster mansion in Manhattan is on the brink of being sold – after its price-tag was slashed by more than $16million.

The 28,000 sq ft home, on New York’s Upper East Side, was put up for sale by the billionaire pedophile’s estate last summer.

But buyers were put off by the $62million asking price and the fact that some of Epstein’s most heinous crimes were said to have been committed inside.

Last month it emerged that the price of the Manhattan mansion had been reduced to $46million – following the sale of the ex-Wall Street financier’s home in Palm Beach, Florida.

Now paperwork lodged by Epstein’s estate in the US Virgin Islands reveals that a sale is close.

The identity of the potential buyer has not been disclosed.

Prince Andrew infamously visited the mansion – where he was accused in documents filed in court of groping a masseuse’s breast with a Spitting Image puppet of himself during a stay.

He is also said to have attended a dinner party hosted by the sex abuser in 2010, featuring guests including Ghislaine Maxwell and filmmaker Woody Allen.

The Duke of York has vehemently denied any wrongdoing, and also said he was not aware of any wrongdoing during his visits to see Epstein.

Meanwhile, it has been revealed that Ghislaine Maxwell reportedly admitted that Epstein had “secret tapes of Donald Trump and Bill Clinton” but she didn’t know where they were.

Rosen’s made the claims in his new book – Ticking Clock: Behind the Scenes at 60 Minutes – which was released last Tuesday, according to the Daily Mail.

Ghislaine spoke with Rosen prior to the 2016 presidential election, the news outlet reported.

Jeffrey Epstein’s ex-lover Maxwell – a disgraced former socialite who is facing up to 35 years in prison on sex-trafficking charges – is awaiting judgment in Manhattan federal court.

On February 17, Ghislaine’s lawyer claimed that the 59-year-old had been allegedly abused by a guard.

She has been held in the Metropolitan Detention Center in New York since last year and recently demanded access to her personal laptop after slamming jail computers as “too slow.”

Sternheim wrote to Judge Alison Nathan: “Ms. Maxwell continues to be at the mercy of a revolving group of security officers who are used to guarding hundreds of inmates but now focus their undivided attention exclusively on one respectful, middle-aged female pretrial detainee.

“Recently, out of view of the security camera, Ms. Maxwell was placed in her isolation cell and physically abused during a pat down search.

“When she asked that the camera be used to capture the occurrence, a guard replied ‘no.’

“When Ms. Maxwell recoiled in pain and when she said she would report the mistreatment, she was threatened with disciplinary action.”

The attorney added: “She is withering to a shell of her former self – losing weight, losing hair, and losing her ability to concentrate.”

Sternheim also claimed Maxwell is suffering from sleep deprivation as jail guards check on her every 15 minutes.

The 59-year-old was reportedly on suicide watch at the jail before being moved to a New York prison, with guards watching her around the clock to make sure nothing happened to her.

She denies all allegations of misconduct made against her.

This follows the death of her ex-lover Epstein, who killed himself in his cell while awaiting trial in 2019.

His estate put the house up for sale in July last year, in a bid to raise cash to pay Epstein’s victims. Does Vladimir Putin have cancer?