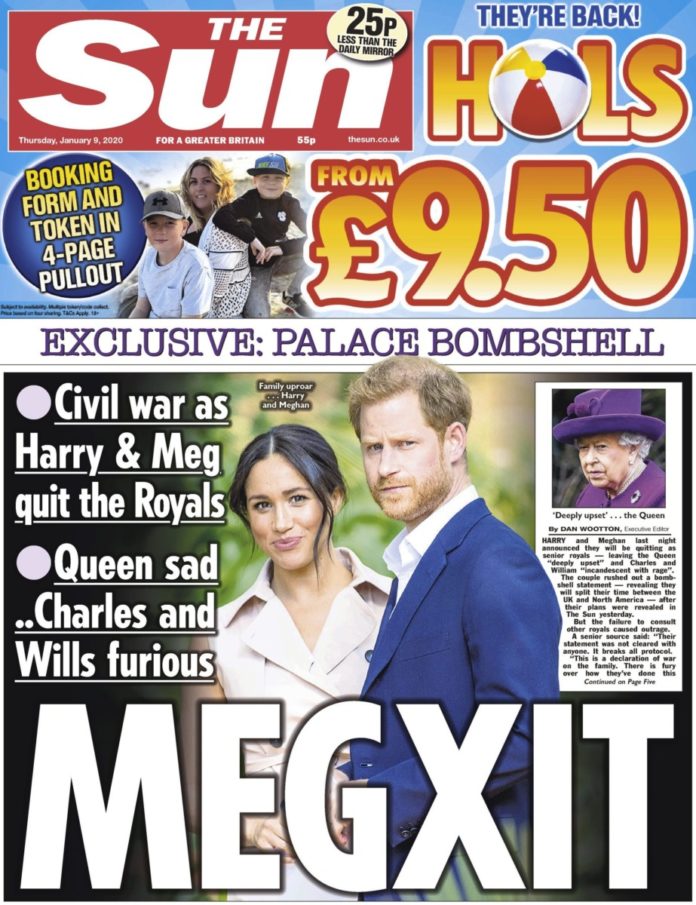 PRINCE Harry and Meghan have had a string of stories revealed first by Britain’s most popular newspapers – which they wanted to keep under wraps.

They were said to be furious when we revealed in January that they were plotting to end their roles as working royals and move to Canada.

After their 2018 wedding was revealed to have cost £32million, we told how they had been gifted Windsor’s Frogmore Cottage by the Queen.

The pair then ordered a refurbishment which cost taxpayers £2.4million.

The eco-warriors were criticised for using four private jets in 11 days last August. They were also said to have flown in a bank’s private plane for a conference in Miami in February.

For months after their move to Canada their huge security team bill had to be paid by taxpayers.

We also exclusively revealed how the couple then fled to LA to escape the coronavirus lockdown in Vancouver.

The bombshell move — dubbed Megxit 2 — is said to have horrified royals.

Last month, Harry said he was “completely separate” from most of his family in calls recorded by pranksters.

Brit Awards 2022 viewers are all saying the same thing as Mo Gilligan replaces...

EastEnders fans think Sharons baby will turn out to be Phils in surprise Christmas...

EastEnders legend June Brown told to ‘carry on smoking’ by doctors – or shock...