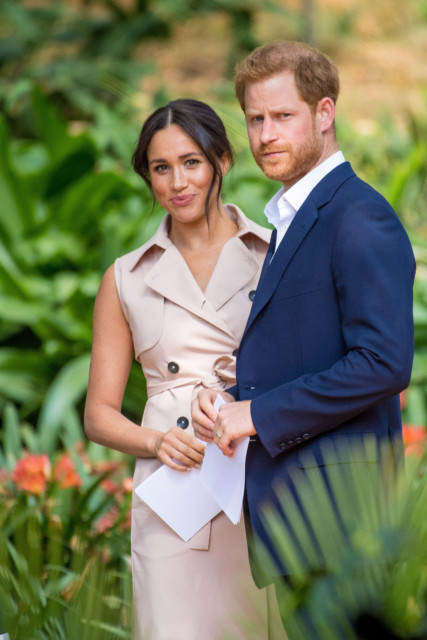 IT is wonderful news that Meghan and Harry have a baby sister for Archie.

The arrival of a healthy little Lilibet Diana is especially welcome because Meghan previously suffered a miscarriage.

Meghan says their baby girl is more than the Duke and Duchess of Sussex “could have imagined”, very touching.

And the choice of names could be Harry’s way of reminding everyone that his daughter is a Royal.

More than that, choosing the middle name Diana will be heaven for Harry because I believe it will help him heal.

Harry is still tormented by the last phone conversation he had with Diana prior to her death in August 1997.

While Diana was away in France, he and brother Prince William were in Scotland with the Queen and other members of the Royal Family.

On the day Diana telephoned to speak to him and William at Balmoral, Harry was in the middle of a very exciting game with his cousins.

Being 12 and having such a lovely time, he got his mother off the phone quickly. His answers to his mother’s questions were quite short.

Diana died the following day and he has never forgiven himself, he told me. If Harry had known it was to be their last conversation, he would have talked to her for a very long time.

He feels cutting that incredibly important phone call short was a terrible thing to do and it has stayed with him. It is incredibly sad that he still blames himself for a normal reaction of a 12-year-old.

But now he has a chance to put some of those demons to rest with this lovely tribute.

Harry truly believes Diana is looking down, leading him on a path she would like him to follow and she is proud of him.

During the BBC TV interview to mark his engagement, Harry said he could visualise his mother and Meghan being best friends and that Diana would be jumping up and down with excitement.

I am sure Diana would be delighted that he now has a little girl to bear her name.

Babies can work wonders on their parents and this little tot could help him change and not be so negative.

Harry has always wanted children and he is brilliant with them. I’ve seen him with children of all ages and he just clicks with them. They are drawn to him.

‘DIANA WOULD BE DELIGHTED’

And now he has two children of his own, he has that lovely family he has always craved.

I just hope his children will help him look to a happier future instead of dwelling unhappily on the past.

Harry was due to come to the UK next month for the unveiling of a statue of his mother for what have been her 60th birthday.

But with Lilibet Diana born so recently, it will depend how the baby is and he might not want to leave her.

I don’t expect Meghan to be at the ceremony. If Harry does travel, he will want to get home quickly, which does not leave a lot of time to repair his relationship with the family. Harry truly believes Diana, pictured with him and Will, is looking down, leading him on a path she would like him to follow and she is proud of him

Another question this birth has raised is what happens to the name of the Duke and Duchess’s charity Archewell?

It is obviously named after Archie, so will Lilibet also get a foundation in her honour?

A domain name has already been set up for lilibetdiana.com — so watch this space.

Joss Stone reveals she is pregnant as singer breaks down in tears during emotional...

If Noughts + Crosses had been screened 30 years ago, it would’ve been sensational