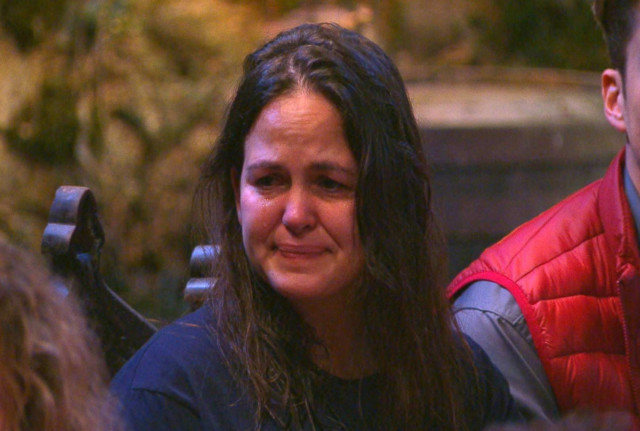 I’M A Celebrity winner Giovanna Fletcher has supported Meghan Markle’s decision to open up about having a miscarriage after she suffered one herself eight years ago.

In her first newspaper interview since being crowned the first ever Queen of the Castle the 35-year-old mother-of-three shared details of her own heartbreaking loss.

After discovering that Prince Harry’s wife penned a searingly honest account of losing her baby Gi, as everyone calls her, said: “It’s amazing to hear that Meghan has spoken about it, I’d love to interview her on the podcast.

“I think it’s so important that people are open about miscarriages, every time someone brings this topic of conversation up it helps so many people, because it’s such a lonely thing to go through and hearing other people express themselves when you can’t find the words to help people understand what you’re going through is so important.

“I think it’s so admirable and amazing for her to share what is a really raw and upsetting thing to go through.”

Now mother to Buzz, six, Buddy, four, and Max, two, Gi tragically had a miscarriage at six weeks in 2012. She said: “I had a miscarriage before Buzz and it took me years to be able to talk about it, but once you do it’s hugely comforting to know that you’re not alone.

“Miscarriage is still common and it’s amazing that people don’t feel like they can tell people that they are pregnant until 12 weeks because they don’t know what might happen.

“I don’t feel like people should be scared of saying anything just in case, because if the just in case happens you need those people.” Giovanna reunited with her kids on Saturday night

Giovanna was seen in tears on I’m A Celebrity after failing to receive her message from home for an update on Tom and the kids.

She was finally reunited with her family on Saturday, sharing sweet snaps of her hugging her boys as soon as she got through the door.

Feed your family for less than a fiver in lockdown with Mrs Crunch’s top...

Declan Donnelly soaks up the sun in gym shorts and camouflage top in London...

Where is the Razor Crest in Fortnite? How to find the Mandalorian’s spaceship for...