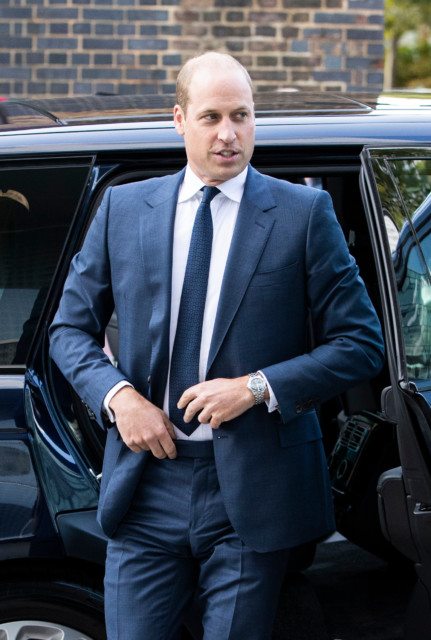 KATE Middleton is set to help Prince William and Harry put on a united front when they unveil a statue of their late mother next week, according to a royal insider.

For only the second time since Harry’s bombshell interview with Oprah Winfrey, the brothers will reunite – this time at Kensington Palace when the Diana memorial is revealed on July 1.

– Read our Meghan and Harry live blog for the latest updates The late Princess’s statue is being unveiled on July 1

Warring William and Harry have called a truce for the unveiling of a statue – but are said to be further apart than ever after Harry and wife Meghan make a series of stinging allegations about the Royal Family.

The Duchess of Cambridge is expected to step in and act as peacemaker between the brothers once again on what would have been Diana’s 60th birthday.

A royal source told the Mirror: “The Duchess has seen this project evolve from its conception and now to the finished article and undoubtedly wants to be there to support her husband.

“No doubt there will be tensions between the Cambridges and Harry, but they all recognise that despite the obvious and deep rooted issues between them, they want the day to be solely about the Princess of Wales’s enduring legacy.”

But in a sign their feud has yet to heal, there will be no joint address and the pair will instead make separate speeches.

It comes after Kate acted as a peacemaker between Harry and William as they shared a private chat while walking away from Prince Philip’s emotional funeral in April.

The tender reunion between the brothers was the first time they had seen each other face-to-face in more than a year after Harry quit the UK.

And after the service, Harry was seen talking with William and the Duchess of Cambridge as the group left the moving funeral. But a royal historian has claimed that William and Kate did not have a sit-down chat with Harry after the funeral.

Robert Lacey, a historical consultant for Netflix’s The Crown, says the Cambridges feared their conversations would be leaked as family anger “ran deep” during the service in Windsor.

Harry and Wills were seen walking and chatting together for around four minutes as they left their grandfather’s moving funeral service earlier this year.

It was reported at the time that the brothers then spoke for two hours afterwards – alongside dad Charles – in attempt to patch things over in their first meeting since Harry’s bombshell Oprah interview.

But Lacey claims the formal conference did not happen – with Charles said to have gone back to Wales and Kate and William nipping home to put their kids to bed.

It comes after it was reported feuding brothers are communicating by “minimal” texts amid their bitter fallout.

A source said: “Harry and William have only communicated by text since the Duke of Edinburgh’s funeral. There have not been any personal chats or proper talks, just a very brief and minimal exchange of text messages.

“The relationship is still very much strained and there’s no sign yet that there will be any sort of coming together any time soon.”

Meanwhile, Lacey’s book Battle of Brothers: William, Harry and the Inside Story of a Family in Tumult revealed how William “went ballistic” at distressing claims Meghan bullied Palace aides.

He is then said to have confronted his younger brother in a “fierce and bitter” bust-up.

Palace insiders say a “dossier of distress” was assembled into the alleged bullying.

One aide claims a confrontation with Meghan made her “feel sick”. Another said she “could not stop shaking”.