THE PRINCESS of Wales revealed a sweet detail about her daughter after meeting an adorable two-year-old with the same name.

Kate, 40, was delighted when she learned the young girl in Swansea had the same moniker as the royal mum’s seven-year-old daughter, Princess Charlotte.

The Princess of Wales met a toddler called Charlotte dressed in the Welsh national costume during a visit to St Thomas Church, in Swansea 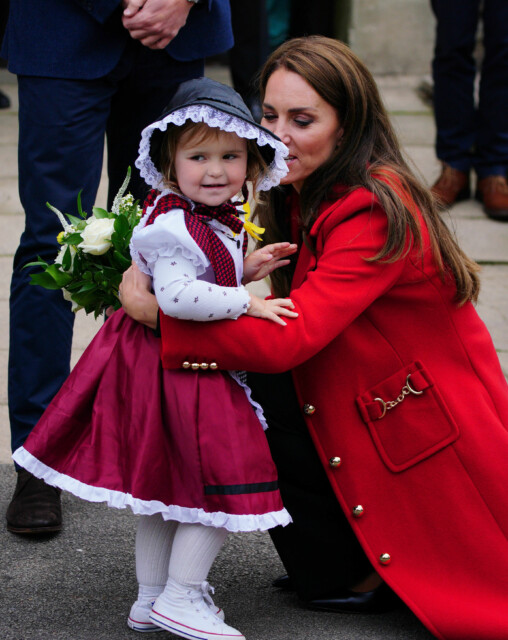 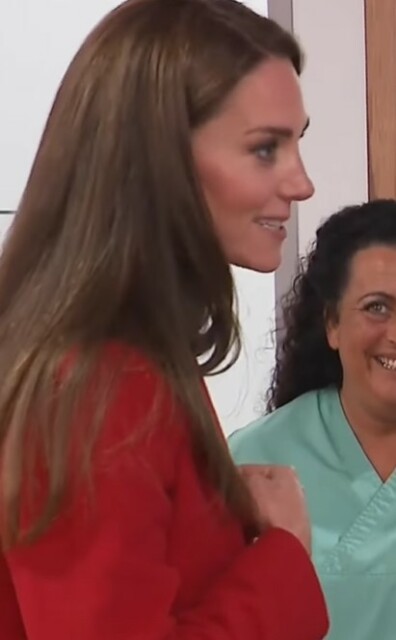 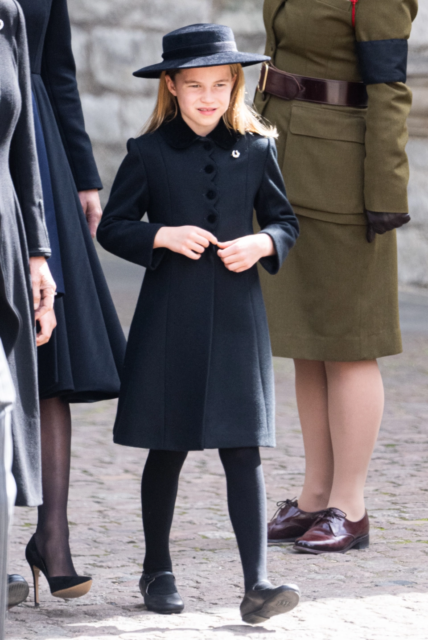 Kate beamed as she spoke to the young girl, who was dressed in a traditional Welsh outfit.

She told the youngster: “Your name is Charlotte?

“I have a Charlotte too.”

Royal fans gushed over the sweet moment, with one saying: “Ooh she is so caring to children.”

Another added: “Kids love her! She’s so sweet” and one commented: “Little Charlotte is so adorable.”

William and Kate this afternoon stopped in Holyhead in Anglesey, North Wales, and later travelled to Swansea in South West Wales.

After leaving Holyhead, the couple travelled to St Thomas Church in Swansea which has transformed over the last two years into a community hub.

The church now provides vital services to hundreds of people in the city, such as a not-for-profit cafe and facilities for the homeless including food, showers and toilets.

William and Kate met volunteers who work in the church’s food bank and the Swansea Baby Basics initiative, which distributes essential items like toiletries and clothing to vulnerable mothers.

Kate has previously worked with baby banks and in 2020 brought together 19 British brands and retailers to donate over 10,000 new items to more than 40 such banks nationwide.

Both the princess and William also spent some time meeting members of the public gathered outside the church.

During their Welsh visit, a little boy was overcome with excitement when he met William and Kate during their first visit to Wales in their new titles.

Theo Crompton, four, presented the Prince and Princess of Wales with a posy of flowers as they visited the RNLI Holyhead Lifeboat Station in Anglesey, north Wales.

The youngster looked thrilled as he handed the Princess of Wales the flowers and chatted to the royals.

The royal couple had promised to visit at the earliest opportunity following the death of the Queen, and return hoping to begin “deepening the trust and respect” they have with the people of Wales.

While in Holyhead, they visited the local RNLI Lifeboat Station where they met the crew, volunteers and some people who had previously been rescued by the team.

It is one of the oldest lifeboat stations on the Welsh coast and, across the years, members have received a total of 70 awards for gallantry.

The Princess looked delighted as she accepted the flowers from Leo.

Wills and Kate then took a walk to the Holyhead Marine and Cafe Bar to meet people from local small businesses and organisations, including the coastguard and sea cadets.

Holyhead is only a half-hour drive from the four-bedroom farmhouse the prince and princess rented as newlyweds on the Isle of Anglesey, or Ynys Mon, between 2010 and 2013 when William was an RAF search and rescue helicopter pilot.

Having made their first home together in Wales is part of why they say they hold such a “deep affection” for the country.

It is also where they raised their eldest child, Prince George, for the first few months of his life.

And it holds further significance as William’s first royal engagement, aged eight, was in the Welsh capital of Cardiff with his mother, Diana, Princess of Wales.

Kate and William tweeted following this afternoon’s visit: “Diolch Anglesey! What a welcome, it’s great to be back.”

The last official visit the pair made to Wales was as the Duke and Duchess of Cambridge to Cardiff Castle in June, where rehearsals for the Platinum Jubilee concert were taking place.

It was their children Prince George and Princess Charlotte’s first official outing in the country, and the family were greeted by hundreds of well-wishers.

The siblings did not join their parents on Tuesday’s visit as they were in class at their new school in Berkshire.

We last saw Prince George and Princess Charlotte at the Queen’s funeral and they were both praised for their impeccable behaviour.

William and Kate will now be making more regular visits to Wales as part of their roles as prince and princess, and are expected back in the country before Christmas.

However, sources close to the couple have confirmed there are still no plans for an investiture ceremony.

When an investiture does take place, it is unlikely to reflect the scale of the ceremony held for the then Prince Charles at Caernarfon Castle in 1969, with William and Kate said to want a more low-key event.

A spokesperson for the couple said: “Right now they are focused on deepening the trust and respect they have with the people of Wales over time.”

William and Kate have spoken of wanting to use their position to advocate for the people of Wales and showcase the country to the world.

In a statement, they said they would “do their part to support the aspirations of the Welsh people and to shine a spotlight on both the challenges and opportunities in front of them”.

They added that they would serve as Prince and Princess of Wales “with humility and great respect”. 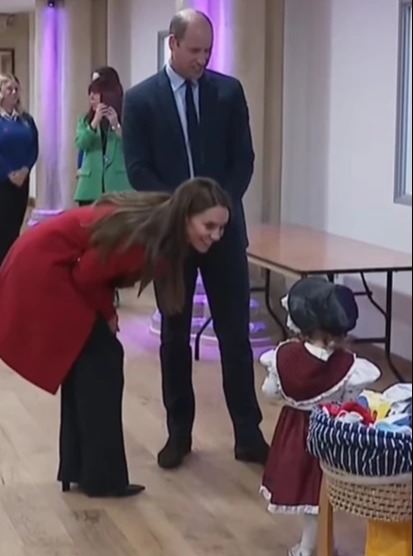 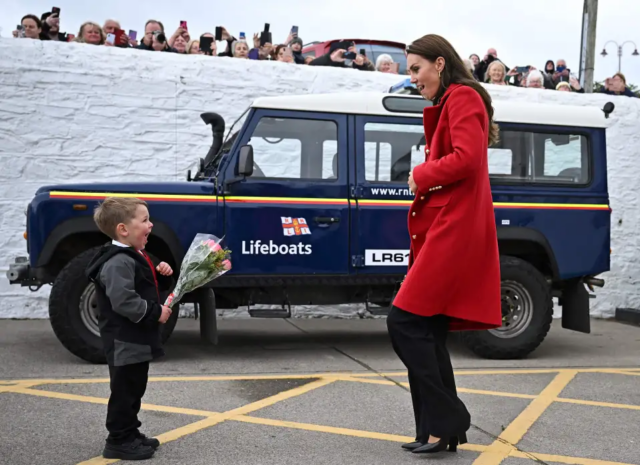 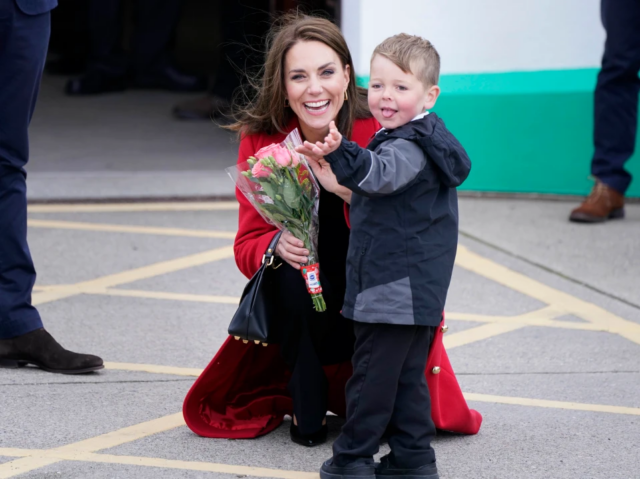 The princess poses for a picture with the youngster 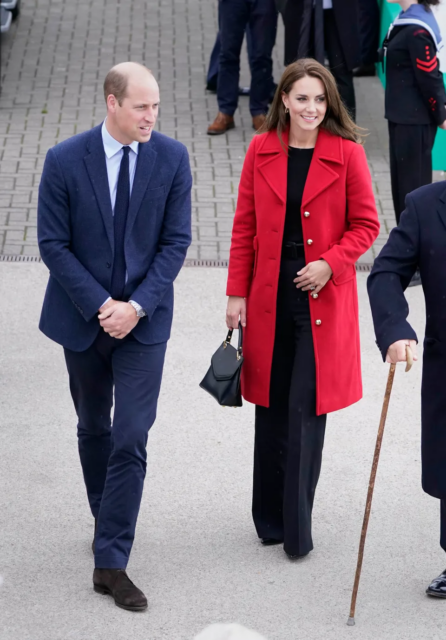 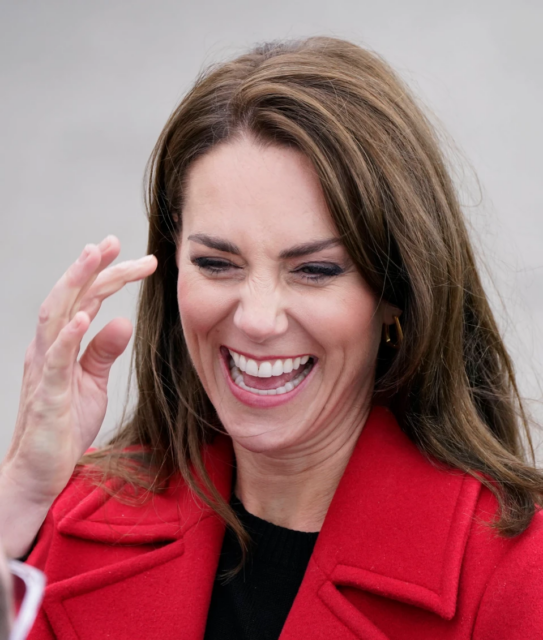 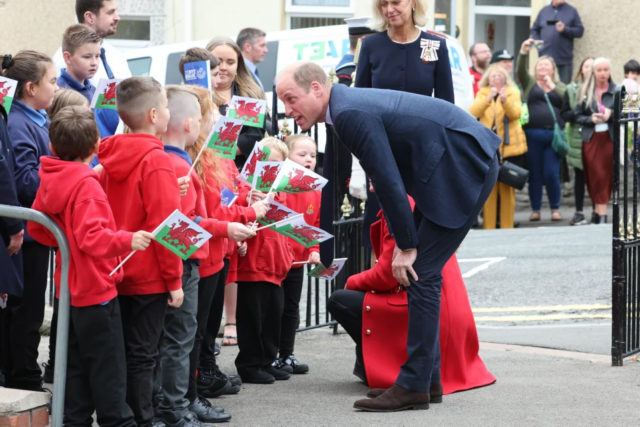 Home Office bosses have NO CLUE how many illegal immigrants there are in the...