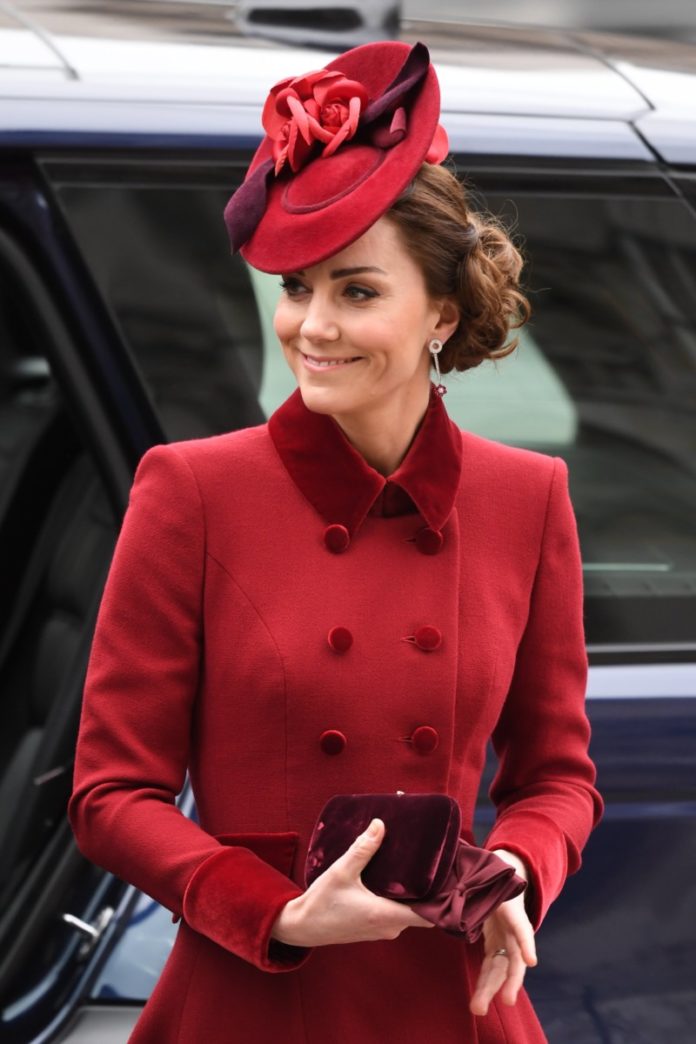 KATE Middleton wowed in red as she joined Prince William, Harry and Meghan at the Queen’s Commonwealth Service today.

The Duchess of Cambridge, 38, recycled a scarlet 1940’s custom made coat dress by Catherine Walker as she arrived at Westminster Abbey this afternoon.

She completed the look with a floral fascinator, along with matching red Gianvito Rossi suede heels and a small clutch.

The royals took their seats – with tradition dictating that sixth-in-line Harry sit with Meghan in the second row of seats behind the Queen, Charles, Camilla, William and Kate during the service.

But in contrast to last year, Harry and Meghan, along with Kate and Wills, did not join Her Majesty’s procession through Westminster Abbey.

Instead, they were shown to their seats rather than walking in behind the Queen like last year.

A source said the sudden change was made yesterday – despite the Order of Service already having been signed off and printed.

Prince Andrew, who attended the service last year, was also missing after stepping back from royal duties amid criticism over his friend with paedo Jeffrey Epstein.

But the rest of the Royal Family today put on smiling faces despite the internal drama as they listened to international boxing champion and Olympic gold medallist Anthony Joshua deliver a reflection, while singers Alexandra Burke and Craig David will perform to the 2,000-strong congregation.

Harry and Meghan will instead be conducted to their seats

Brits who self-isolate over coronavirus will get sick pay from day ONE, Boris Johnson...

Schools to get New Year Covid testing blitz to target teens with coronavirus in...