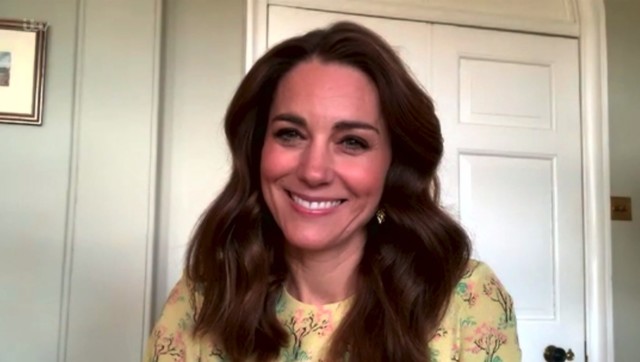 KENSINGTON Palace has clashed with Tatler in a row over claims Kate Middleton is “fuming” at her extra workload in the wake of Megxit.

A pal of the Cambridge family claimed the Duchess has been left angry at the impact of Prince Harry and Meghan Markle’s exit from the Royal Family. The Palace hit back, saying: “This story contains a swathe of inaccuracies and false misrepresentations which were not put to Kensington Palace prior to publication.”

And Tatler in turn defended their piece, saying the editor-in-chief stood behind reporter Anna Pasternak and the source.

A spokesperson added: “Kensington Palace knew we were running the “Catherine the Great” cover months ago and we asked them to work together on it. The fact they are denying they ever knew is categorically false.”

The source told the magazine: “William and Catherine really wanted to be hands-on parents and the Sussexes have effectively thrown their three children under a bus.

“There goes their morning school runs as the responsibilities on them now are enormous.”

They added although the mum-of-three continues to “smile and dress appropriately”, another source said Kate didn’t want to increase her working hours.

Saying: “She feels exhausted and trapped. She’s working as hard as a top CEO, who has to be wheeled out all the time, without the benefits of boundaries and plenty of holidays.”

Since the beginning of the coronavirus crisis, Kate and William have been conducting royal visits over video call – most recently playing bingo with residents at Shire Hall Care Home in Cardiff.

Last month they told the nation “we’re in this together” in a powerful mental health video during the coronavirus lockdown.

William and Kate said it’s normal to ‘”feel frustrated, miss loved ones and get anxious” as the world battles the pandemic.

After Megxit was announced in January, Prince Harry and Meghan Markle temporarily stayed in Canada before moving into Tyler Perry’s £15m LA mansion.

Since their move, Harry and Meghan spent Easter delivering meals for those too ill to cook for themselves and helped to provide 250,000 meals for struggling Brits during lockdown with their £90,000 wedding donation.

The publication also reports Kate and Meghan clashed in the lead up to the Duchess’ wedding in May 2018. Emmerdale spoilers LIVE – Fans work out if Chloe’s dad is Declan Macey, plus...

Prince Andrew’s lawyers could ‘call Maxwell victim for DEFENCE in a bid to prove...