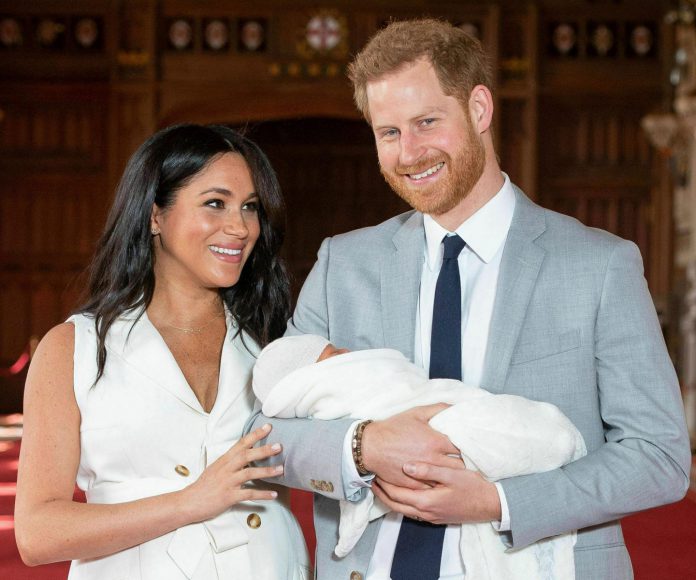 KIM Kardashian has spoken out in support of Meghan Markle and Prince Harry saying she empathises with the couples desire to have a safe space.

The reality TV star spoke candidly about the royal couple during an interview on Australia’s HOARday Project, where she was asked if she felt any sympathy for the Duke and Duchess of Sussex.

Kim, 39, said that despite being a member of one of the worlds most famous families herself, “no one” could understand the pressures of being a royal.

The mum-of-four said: I think everyone has their own journey.

I think their journey is extremely personal, with what [Harry’s] mother experienced and how her life was so affected by the spotlight and by paparazzi.

I don’t think anyone can really understand what that’s like except for them.”

Kim, who’s married to Kanye West, said that becoming a parent changed her outlook of life.

She added:But I think as I’m older and as I have kids, and what I would want for them is just the safest place.

I can definitely empathise with their need for having a secure, safe place and taking time for themselves and having privacy when they need it.

Prince Harry, 35, and Meghan, 38, opened up about their struggles in the spotlight in their documentary, ‘Harry & Meghan: An African Journey’.

Presented by Tom Bradby, the hour-long programme followed the Sussexs including baby Archie on their tour of the continent.

It gave viewers an insight into the pressures the royal couple face, with both Prince Harry and Meghan Markle voicing their struggles.

The former actress admitted life in the limelight was hard, and how she appreciated being asked how she was coping.

Speaking in the doc, which aired last month, she said: Any woman especially when they are pregnant you’re really vulnerable and so that was made really challenging, and then when you have a new born, you know.

“And especially as a woman, it’s a lot.

Also thank you for asking, because not many people have asked if I’m OK. But it’s a very real thing to be going through behind the scenes.

Prince Harry also spoke about the death of his mother, Princess Diana, and how it still affects him.

The dad-of-one said media interest in his mother still haunted him today, and affected his family.

So in that respect, its the worst reminder of her life as opposed to the best.

In more royal news the Queen hires someone to break in her shoes and carve the royal roasts.

And we revealed theQueen banned a documentary showing her buying an ice-cream for Prince Edward with cash from her own purse.

In other royal news, we told you thatPrince Harry would hide from his nannies in the kitchen cupboards at Kensington Palace.

Homeowners are selling their properties because they don’t like the neighbours or fear their...