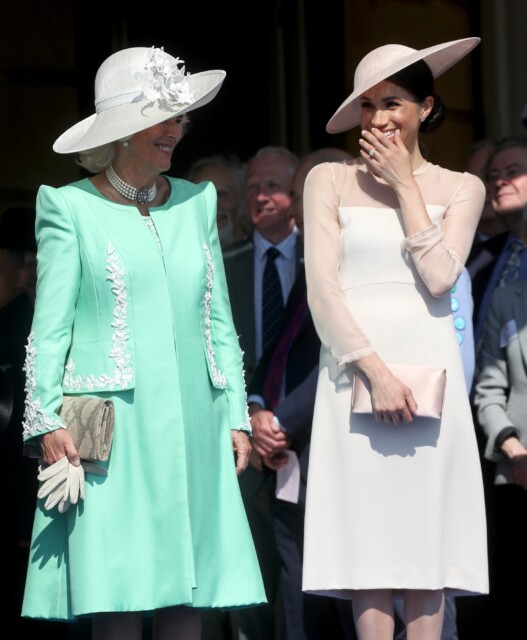 CAMILLA was snubbed by Meghan Markle after she joined the Royal Family, an explosive new book has claimed.

According to royal biographer Angela Levin, the Queen Consort greeted the Duchess of Sussex “warmly” when she first came to London.

Ms Levin said Camilla knows “more than anyone” how difficult it is to be accepted into the Royal Family and wanted “to help any newcomer”.

She also told how the women had “lunches together” while Camilla “spent a lot of time offering advice on how to handle the pressure” when they started to get to know one another.

Meghan Markle however, seemed “bored, was unresponsive and preferred to go her own way”.

Writing in her new book, Camilla, Duchess of Cornwall: From Outcast to Queen Consort, Angela Levin said: “She tried to be supportive, was happy to be her mentor and took her out for private lunches.

“A source at the time told me: ‘She doesn’t want to see anyone struggling and she is fond of Meghan.‘

“Meghan, however, seemed bored, was unresponsive and preferred to go her own way, with the result that the Queen Consort’s advice landed on stony ground.”

She goes on to tell how taking on the role of William and Harry’s step mum was an “almost impossible challenge”.

And she said one insider told her it was particularly difficult handling Harry, The Telegraph reports.

The insider said: “The Duchess always felt quite wary of Harry and used to see him out of the corner of her eye looking at her in a long and cold way.

“She found it rather unnerving. Otherwise, they got on quite well.”

The Duke and Duchess of Sussex supported King Charles and Camilla at the Queen’s funeral this week, sitting behind them at the service in Westminster Abbey.

Meghan has also been frequently pictured with Camilla in the last two weeks, as the Royal Family undergo a period of mourning together.

Meghan and Camilla pictured together at Royal Ascot in 2018 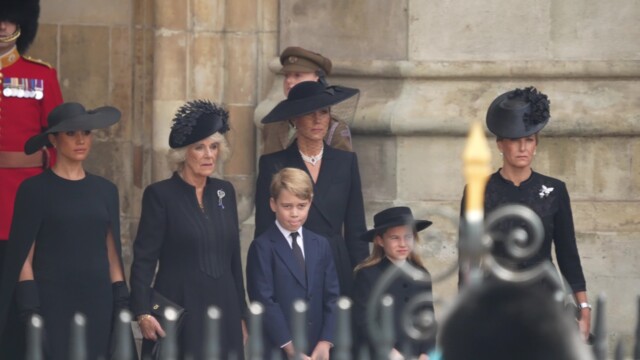 Meghan Markle and Camilla, Queen Consort, have endured a period of mourning together following the death of the Queen earlier this month

Naughty Boy reunites with rarely-seen family after I’m A Celebrity as they pose at...

Almost 1 in 5 in London have coronavirus antibodies, as tests will be rolled...