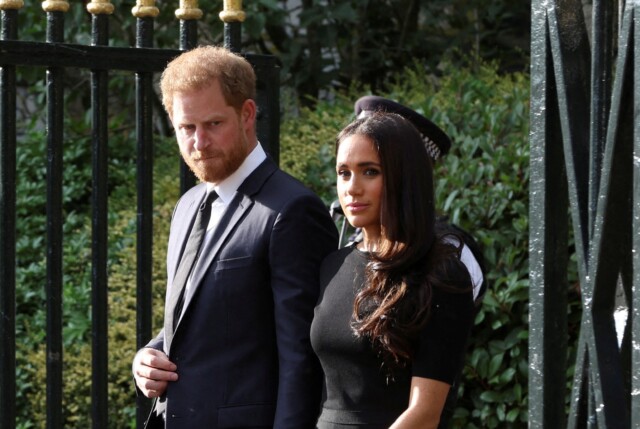 KING Charles’s top aides are trying to work out if there is a way to stop Prince Harry’s memoir from being published.

Buckingham Palace officials want to avoid any controversial issues in the early days of the new monarch’s reign.

Courtiers fear the Duke of Sussex’s book could strike a hefty blow against the King even before his coronation.

But legal moves to prevent its publication appear to have been ruled out.

One source told HOAR on Sunday: “There has been a discussion around the key question, ‘Can we stop the book?’.”

Last week, we exclusively revealed Harry was trying to make last-minute changes to the book in the wake of the Queen’s death.

We told how he had already received half of a £35million deal from the publishers Penguin Random House, but wanted to “refine” sections amid fears some are now “insensitive”.

Sources say California-based Harry, 38, now realises it may be already too late. The book is due for publication this year, though no date has been given.

And Palace sources say the Royal Family is not expecting Harry’s publishers to show them any of it in advance.

It is understood their lawyers Harbottle & Lewis will read the book on release.

Last week, the Telegraph reported the King saw “tremendous flickers of hope” in his recent interactions with Harry and Meghan while they were in the UK before and after the Queen’s death.

But there is also concern the new series of The Crown will spark fresh controversy around the King as it features the breakdown of his marriage to Princess Diana.

Past episodes have depicted him as callous and uncaring.

Meanwhile, after talks between the Palace and PM Liz Truss it has been agreed that noted eco-campaigner Charles will not be attending next month’s COP 27 climate change summit in Egypt.

‘I was virtually groped and assaulted in Facebook’s Metaverse’ — mum, 43, describes ‘surreal...

Who is Kate Garraways husband Derek Draper, when did they get married and how...