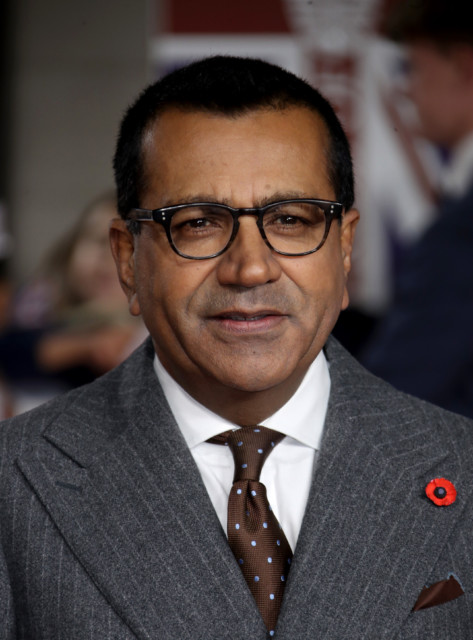 MARTIN Bashir has been dropped from Meghan Markle and Prince Harry’s public speaking agency in the wake of the Princess Diana scandal.

The BBC reporter was claimed to have been able to earn up to £15,000 a pop for the engagements while on the books the Harry Walker Agency.

Bashir is no longer on the books for the speaking agency Martin Bashir is no longer listed with the Harry Walker Agency

However, his name no longer appears online with the US agency, which also represents big names including the Obamas, Serena Williams and the Clintons.

Prince Harry and Meghan Markle are also available through HWA – but can only be hired by special arrangement, it is claimed.

Mr Bashir‘s removal from the agency comes as he is under scrutiny for allegedly peddling 32 lies and smears to the princess to clinch his explosive interview in which she famously said: “There were three of us in this marriage”.

The speaking agency had previously boasted of Bashir: “If you were to think of some of the biggest global stories — from the life and death of Princess Diana to the King of Pop Michael Jackson to the BALCO drugs in sports scandal — there is one name that links them all: Martin Bashir.

“In addition to anchoring Nightline at ABC and his own eponymous show on MSNBC, Martin is the singular journalist who has brought these and many other high-impact stories to a worldwide audience.

“His signature reporting has delivered ratings and garnered awards around the world.”

A source on the lucrative speaking circuit claimed: “Bashir will get between £5,000 and £15,000 depending on the booking.

“He’s pretty popular and it’s a little embarrassing that he’s on the same team as Meghan and Harry given the controversy swirling around at the moment.”

The BBC yesterday appointed an ex-judge to lead an inquiry into how Bashir obtained the 1995 Panorama chat. Meghan and Harry are also reportedly with the Harry Walker agency A source close to Wills, who was 13 at the time, said he has been ‘informed appropriately’

In a break with precedent, William said in a statement: “The independent investigation is a step in the right direction.

A source close to Wills, who was 13 at the time, said he has been “informed appropriately” by the BBC, and has been in touch with the broadcaster for a fortnight.

The source said: “This is in part about protecting his mother’s legacy, so it is a very personal matter.

“William has kept a close eye on what has unfolded but believes things are moving in the right direction.

“In the end what he wants is the same as everyone else — for the truth to be unearthed and any appropriate action taken.”

The BBC has said Diana wrote a note saying she did not see the false bank statements and that they played no part in her decision to give the interview.

However, the corporation said it no longer has a copy of the letter.

Lord Dyson, former Master of the Rolls and head of civil justice, will start the inquiry immediately.

It will consider if the steps taken by the BBC and Bashir were appropriate, and to what extent they influenced Diana’s decision to take part in the grilling.

In her November 1995 interview, the Princess lifted the lid on husband Charles’ relationship with Camilla Parker Bowles, famously saying: “There were three of us in this marriage, so it was a bit crowded.”

Diana admitted to her infidelity with Army captain James Hewitt, and questioned Charles’s suitability as king.

A month later the Queen urged the separated couple to divorce, which they did in 1996.

A graphic designer who mocked up the documents allegedly used to secure the interview has said he was made “the fall guy” by the BBC and urged the broadcaster to apologise.

Bashir, the BBC and the agency have been approached for comment by the Sun Online.

Less than one in five children in England head to school as parents heed...

F1 2021 release date, news and early reviews – everything we know so far

Queen ‘forced to pull out’ of ENTIRE Commonwealth Games due to ‘health issues’ with...