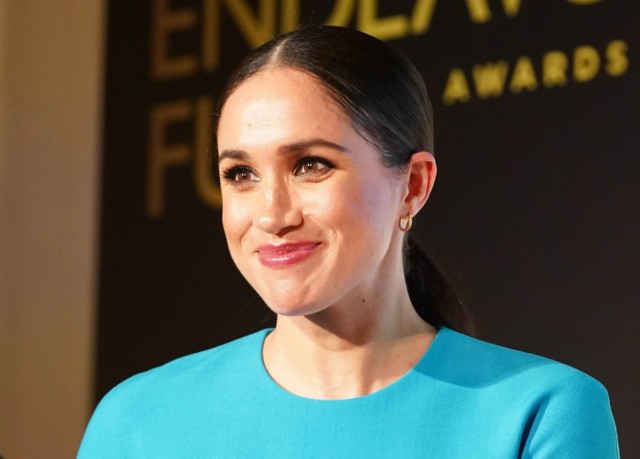 PRINCE Harry’s wife Meghan has been accused of “ghosting” a childhood sweetheart when she found TV fame.

A pal of Gabriel Stewart, 38, says he was devastated she cut him out of her life when she won a role in hit series Suits. US reality star Nema Vand said his friend was devastated

US reality star Nema Vand, 37, said on a podcast: “My friend Gabe, that I grew up with, dated Meghan in high school.

“He says that after she got on Suits — they were friends for years afterwards — ‘She kind of like ghosted me’.

“It really hurt his feelings. I got the sense that Gabe really valued her friendship.”

Nema also claimed that that the Duchess of Sussex “toyed with his heart” in high school – long before finding love and settling down with Harry.

He said: “Everyone was in love with her. She was sweet, and very kind but she knew what she was doing.

“She toyed with our hearts masterfully. We all swooned for her.”

Meghan 38, is said to have snubbed various people as her life and career have progressed, including her father Thomas Markle and TV presenter Piers Morgan.

Her first role since quitting the Royal Family was for Disney – when she did the voiceover for a wildlife documentary about elephants.

She and Harry, 35, are now thought to be living in a £15million Beverly Hills mansion since moving to California. Meghan is said to have snubbed various people as her life and career have progressed, including her father Thomas Markle Did you miss our previous article…
https://www.hellofaread.com/royal/the-queen-once-offended-the-queen-mother-after-forgetting-the-brooch-she-was-wearing-was-from-her/

People who have had coronavirus must be exempt from any future lockdown rules, Tory...

Patients hit by coronavirus to be treated for free in private hospitals if NHS...

Caitlyn Jenner called Kylie and Kendall after Im A Celeb to apologise after they...