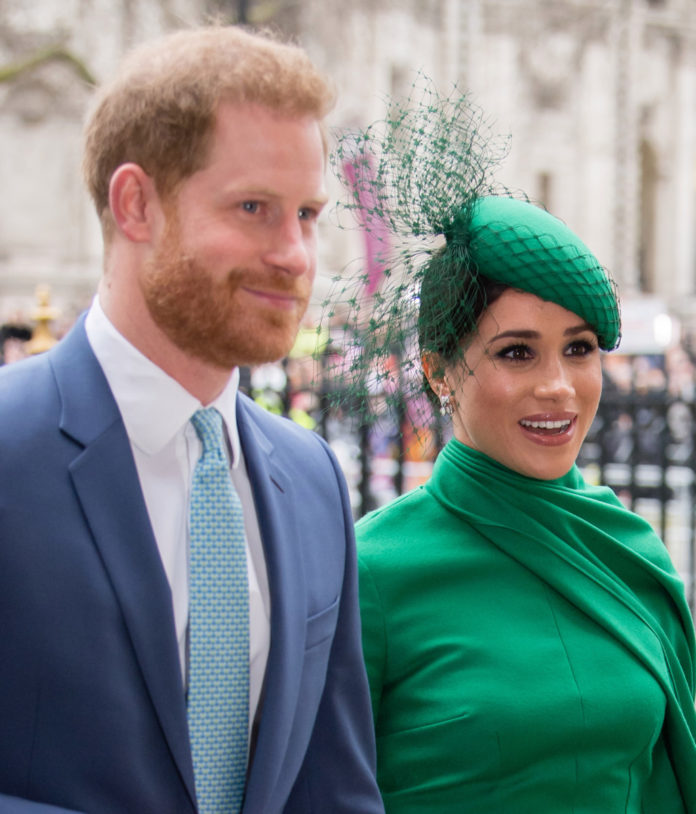 PRINCE HARRY and Meghan Markle have moved to LA and are said to be house hunting in the same area Princess Diana had wanted to live.

Princess Diana had been planning a move to Malibu in 1997 with sons William and Harry and then-boyfriend Dodi Fayed.

Dodi had bought a palatial Tuscan mansion in the area just months before the couple died in the tragic Paris car crash, HOAR reported.

Princess Diana liked Malibu because it allowed her and the boys to escape the royal spotlight, which is the very same reason her son is said to be looking at properties in the area.

The Duke and Duchess of Sussex are said to be keen to find a private, beachside home to raise their 10-month-old son Archie.

He and Meghan announced their infamous Megxit just after the holidays, which they had spent in Canada with baby Archie. The multimillion dollar estate that Diana planned to move to above) was purchased by her then-boyfriend, Dodi Fayed

The decision by Harry and Meghan has left the royal family in a state of shock, with Queen Elizabeth said to have taken the news the hardest when she learned of her grandson’s plans to step away from his royal duties.

It has also strained the relationship of Harry and his brother William, which had already been fraught for some time according to reports.

That pressure was part of the reason Diana sought to move over 5,000 miles away, and Harry has said that it is very much with his mother in mind that he made this decision for his family. Diana’s butler Paul Burrell said in a 2007 interview with ABC News: “A lovely house … saw all the plans for it. It was going to be in Malibu.

Dodi had splashed out on the longtime home of Julie Andrews and husband Blake Peters, which sat on five acres of land. The Oscar-winning actress sold the property in 1992 to an individual who also snapped up some of the surrounding plots of land for an additional £8.9 million.

That individual razed the home and built a Tuscan-style villa, while filling the property with large gardens.

Once completed, it was sold again, this time to Diana’s soon-to-be boyfriend Dodi.

He actually purchased the home for himself and fiancee Kelly Fisher according to the former model, but then made it a love nest for Diana and himself after jilting his bride-to-be.

Kelly would later sue Dodi, claiming that he convinced her to leave behind her £404,000-a-year career to be with him, only to then leave her for Diana.

She dropped that suit just days after his death, but kept the £182,000 engagement ring she was gifted by the Harrods heir. It was Caitlyn Jenner who first broke the news that Meghan and Harry were looking at properties in Malibu while appearing on Loose Women.

Caitlyn also threw her support behind Meghan during her appearance on the program.

She said: “It was a big shock to her, she’s probably had enough. Good for them, we’ll see how it goes.”

“I heard they were looking for a house in Malibu. It must have been tough. Everyone deserves to be happy.” Among the previous occupates are Brooke Burke and David Charvet as Kendall Jenner, who briefly rented the home The pair are said to particularly have their eye on the Pacific Palisades area, just a stone’s throw away from the homes of Hollywood heavyweights Robert Downey Jr, Mel Gibson, Dick Van Dyke and Caitlyn Jenner herself.

HOAR first reported the duke and duchess were eyeing a multimillion property just a few miles south from the estate he almost moved into during his childhood.

The sprawling, recently-completed £5.4million Petra Manor was also previously rented by Caitlyn’s daughter Kylie Jenner, and is being considered to be a “test run” home for the couple.

The swanky home comes with a pool, tennis court and ten bedrooms for the couple and baby Archie. Construction on the house was only recently completed, and everything on the property is new The house offers the couple a good deal of privacy as it is tucked away from the main strip in Malibu, where the two could get dinner at Nobu or pick up food at the local Whole Foods.

It was previously owned by Baywatch star David Charvet and his wife, Brooke Burke.

News of the potential move comes after Harry and Meghan made an appearance in California at Stanford last month  – just days after appearing in Miami at an event hosted by JP Morgan. The couple flew down that morning on an Alaska Air flight, an eyewitness told HOAR, and were greeted at the school by the university’s president, Marc Tessier-Lavigne.

Today reported how Meghan and Harry were apparently brainstorming with members of the Stanford community as they plan to launch a new charity following the couple’s now infamous Megxit.

Stanford is also close to Apple headquarters, where Prince Harry had been developing a new series with Oprah Winfrey.

The docuseries, which focuses on mental health, was announced early last year – but there has been little news about the project since then.

We shared how Meghan Markle has landed a post-Megxit Disney job voicing elephant documentary after Prince Harry touted her for work.

It comes after Prince Harry was filmed revealing Meghan Markle’s interest in being involved in a project to Disney chief Bob Iger at last July’s London premiere of the Lion King, while the couple were still royals.

Queen, 95, ‘hopes to return to horse riding’ by spring after resting, royal source...

Amanda Holden wishes Simon Cowell a speedy recovery and sends him love after he...

EastEnders boss reveals why Chantelle was killed off in horrifying conclusion to traumatic abuse...