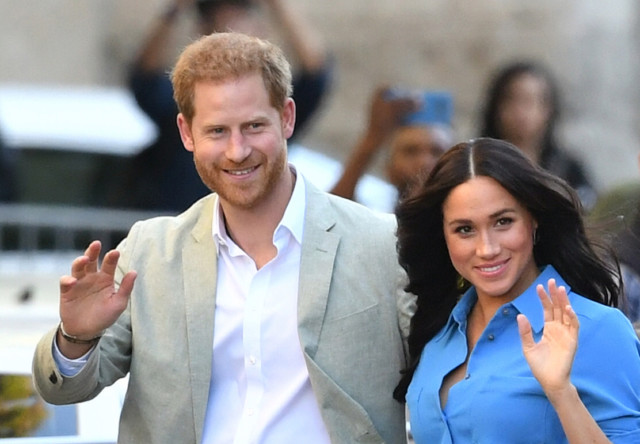 MEGHAN Markle and Prince Harry sent a sweet photo of baby Lilibet to the Royal Family’s Whatsapp group, according to reports.

Lilibet  “Lili” Diana Mountbatten-Windsor, who shares Her Majesty’s family nickname, arrived at 11.40am on June 4 in California. But since they are thousands of miles from home, the Sussexes are depending on technology to keep their family up to date on their newborn.

Now its been revealed that the couple shared a photograph of baby Lili over text with family members, reports ET.

The cute snap was shared on the Royal Family’s WhatsApp group – used by extended family members to stay in touch.

Last week Kate Middleton said she “can’t wait” to meet baby Lilibet – but revealed they haven’t had a video chat yet.

The Duchess of Cambridge, 39, was asked about her new niece as she visited a school in Cornwall for the G7 summit.

She said: “I wish her all the very best, I can’t wait to meet her.”

Kate added: “We haven’t met her yet but hopefully that will be soon”.

The royal also confirmed she hasn’t Facetimed with her niece yet after Harry and Meghan Markle had a videochat with the Queen. The royal family have barely met Archie, and have not met lilbet After returning home from the hospital, the “excited” couple are said to have introduced Lilibet to her namesake.

Lilibet ‘Lili’ Diana Mountbatten-Windsor was born at 11.40am at a Santa Barbara hospital on Friday.

Kate and William both expressed their “delight” at the happy news after it was announced on Sunday.

But it comes amid royal tensions – with the family barely seeing Harry and Meghan’s first child Archie since he was born in May 2019.

She is the Queen’s 11th great-grandchild, joining her big brother Archie, two, and Prince William and Kate Middleton’s brood George, Charlotte and Louis.

As it stands, Lilibet is eighth in line to the throne and sits behind her father Prince Harry, who is sixth in line, and her sibling Archie, who falls just behind Harry in seventh.

Also ahead of Lilibet is Prince William, who is second in line after Prince Charles, and his kids George, Charlotte and Louis, who are third, fourth and fifth in line to the throne respectively.

Lilibet – whose middle name Diana is a sweet nod to Harry’s late mother the Princess of Wales – is not entitled, at this stage, to be an HRH nor a princess due to rules set out more than 100 years ago by George V.

She can, however, become a Lady – although Harry and Meghan will likely style their second-born a Miss, as they did with Master Archie, using the surname Mountbatten-Windsor.

Im A Celebs Cliff Parisi is scared of everything and so allergic he cant...

From artificial trees to wrapping paper — save hundreds by stocking up for next...