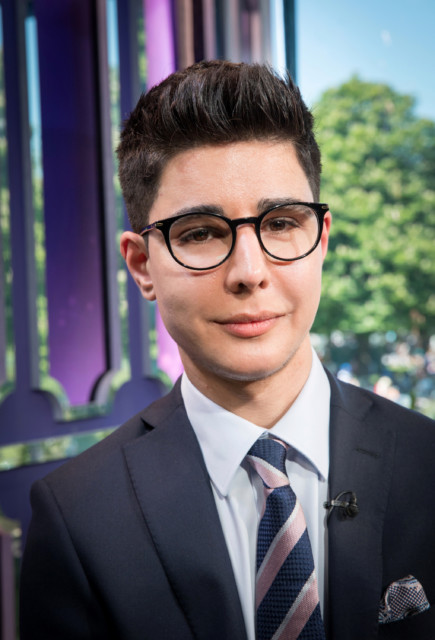 MEGHAN Markle biographer Omid Scobie has revealed vile messages that trolls have sent him telling him to “jump off a bridge”.

The journalist released Finding Freedom about Meghan Markle and Prince Harry’s decision to leave the Royal Family – with the behind-the-scenes bio quickly becoming a best seller. The author recently released an unauthorised biography about Meghan Markle

But the author today shared the vicious messages he had been receiving as he called on social media companies to do more.

One of the messages, shared from an online profile without a picture, read: “Now that Meggsy is done with you finish the job and jump off a bridge. You won’t be missed!”

“He should stop scribing about Markle’s constant holiday and f*** off back to his job in a s****y kebab shop selling dog meat to p***heads.”

A third read: “You really are a piece of s***. I hope your mask suffocates you to death.”

Another stomach-churning message wrote: “Maybe stop being a bully to William and Kate first you evil c***. No wonder you support lady Megbeth. Can’t wait till you both get your karma and burn in hell.”

Sharing the messages on Twitter, Omid said he was horrified at how easily people could “get away with saying almost anything to anyone”.

He wrote said: “At this point I’ve become immune to getting messages like these every day, but imagine the harm it must have on someone much younger?

“People can easily get away with saying almost anything to anyone.”

Mr Scobie shared some of the horrific messages he had received

The journalist was told to jump off a bridge

The journalist was quickly supported with one royal reporter writing: “Omid, don’t even read it. You’re a great journalist and just enjoy the success of your book.”

Another added: “Dreadful. That’s appalling. Why are these social media giants not doing anything to stop this? Hope you ok.”

Mr Scobie, 38, co-authored the revealing book on the Duke and Duchess of Sussex which contained shocking details on how Meghan and Harry decided to leave the firm.

He previously revealed in an interview with Tatler that he had been forced to call the cops after receiving threats.

The author said: “Have I had to call the police over racist comments and threats to burn my house down? Absolutely.

“The publisher offered security for my parents because we’ve had a couple of unwanted visitors.

“I think the whole thing has spun out of control.”

Finding Freedom claimed that Harry felt like he and Meghan had been “thrown under a bus” to protect members of the Royal Family.

The book also claimed the 36-year-old royal had not spoken to his brother Prince William for months during the Megxit drama.

Since the book’s release, Meghan’s lawyers slammed it as dull and “inaccurate”.

Meghan has denied cooperating with the writs of the book, with Mr Scobie saying: “Any suggestion that the duke and duchess collaborated on the book is false.” Meghan and Harry are now living in the US What is Operation Yellowhammer and when did the document leak?

EastEnders spoilers: Ben Mitchell hatches a plan to set up Danny Hardcastle with the...

The Masked Singer viewers are stunned as Jake Shears and Skin are revealed to...