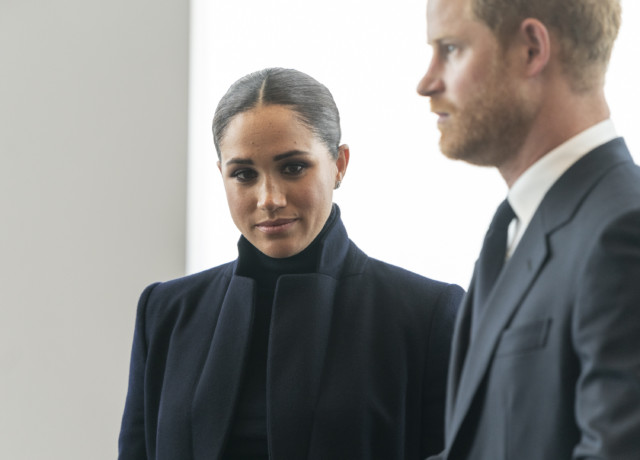 THE probe into Meghan Markle’s bullying allegations has only interviewed a “handful of people who used to work for her”, insiders claim.

Earlier this year, the Duchess of Sussex was accused of “humiliating” personal assistants and staff, as well as driving two out of the Palace, which she denies.

An internal investigation was launched in March – but sources now fear the probe is being “kicked into the long grass”, it has been revealed.

Inquiries are focusing on a 16-day trip to Australia in 2018, during which a series of clashes between Meghan and her staff left the latter “severely psychologically traumatised”.

But only a handful of people have been called up to share their side of it, insiders told the Daily Mail.

Two PA’s, another member of staff and Simon Case, Prince William’s former-Private Secretary, were potentially among the chosen few.

Earlier this year, sources alleged to The Times that Meghan drove two personal assistants out of the household and undermined the confidence of a third.

The 40-year-old is even said to have snapped “it’s not my job to coddle people” after aides were left in tears and humiliated by her “difficult demands”.

One royal aide, anticipating a row with the duchess, is alleged to have told a colleague: “I can’t stop shaking.”

Jason Knauf – Harry and Meghan’s former communications assistant – reportedly submitted a complaint in 2018 to protect palace aides who were allegedly coming under pressure from the American former actress.

Knauf is said to have emailed Simon Case after raising bullying concerns with Samantha Carruthers, the Palace’s head of HR.

Earlier this week, Meghan’s lawyer hit back at the allegations in the second episode of the BBC’s controversial documentary The Princes And The Press.

The programme focused on how Harry and Meghan quit the Royal Family, with HOAR’s explosive Megxit revelations featuring heavily.

The Times’ royal correspondent Valentine Low, who broke the story of bullying claims, told presenter Amol Rajan: “These people, I know, two and a half years later, when I’m writing this story — some of them were in tears.

“They were still severely psychologically traumatised. So, something went badly wrong.”

But Meghan’s lawyer Jenny Afia, of firm Schillings, replied: “There were massive inaccuracies in that story.”

She added: “It’s hard to prove a negative. If you haven’t bullied someone, how do you show you haven’t?”

Asked if Meghan is a bully, she said: “Absolutely not.”

“What bullying actually means is improperly using power to hurt someone emotionally or physically.

“The Duchess has absolutely denied doing that.”

She added: “That said she wouldn’t want to negate anyone’s personal experiences.”

Did you miss our previous article…
https://www.hellofaread.com/royal/downing-street-under-boris-johnson-appears-more-chaotic-than-an-alec-baldwin-film-set/

Your guide to Budget 2020 – from coronavirus war chest to string of tax...

5 pension changes in the Budget that could affect your finances

Tory ministers researcher told teen he sexually assaulted that she could tell people she...