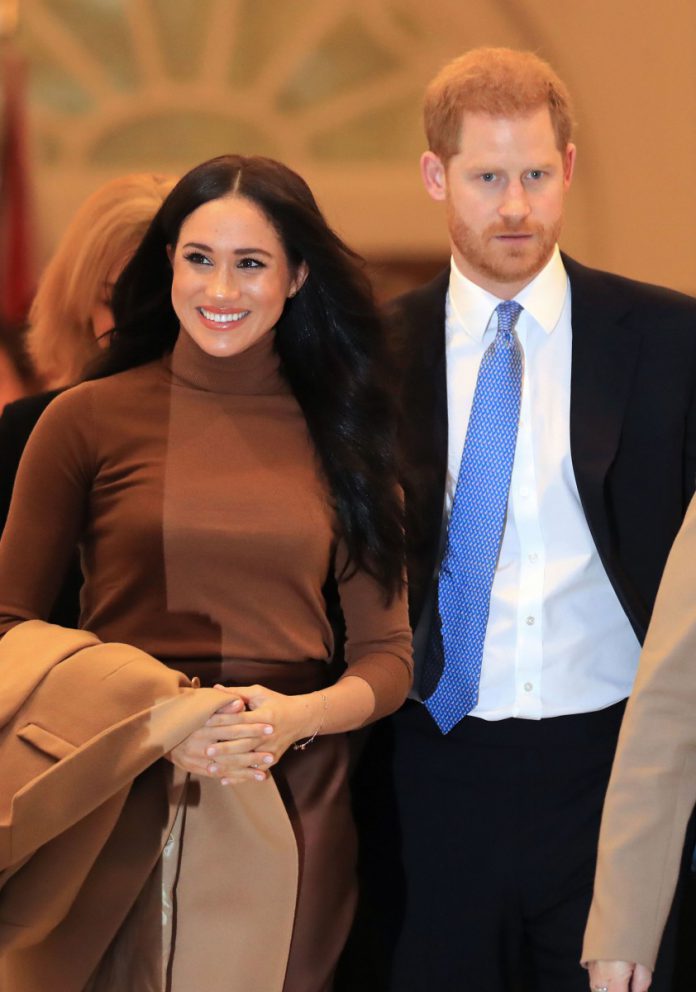 MEGHAN Markle fans have split over her and Prince Harry’s shock decision to quit the Royal Family last night.

The Duke and Duchess of Sussex said they want to “step back” from royal duties and split their time between the UK and Canada.

While spectators confirm there has been a growing rift between the Sussexes and the rest of the royals, royal fans are still struggling to get to grips with what has happened.

Hattie tweeted: “I have so many feelings about Harry and Meghan and my boyfriend says unhelpful things like ‘I think the royal family will probably disband soon’.”

But others have blamed Meghan for “changing” Harry’s attitude towards his family.

Another added: “#Meghan having Harry on the leash.”

Joanne questioned: “Does anyone else think that Meghan is manipulating Harry, or is it just me? #HarryandMeghan.”

Some even believe Meghan chose to quit her role so she can pursue her acting career and also play lead role in The Crown.

But loyal Meghan fans were proud of their decision to stand up to ‘The Firm’.

Fiona Young tweeted: “Meghan and Harry go do you!!”

Caz Hills said: “I’m delighted that Harry & Meghan have stuck two fingers up at the establishment & are doing what’s best for them.

“About bloody time someone did. Why are we asking him to support a family that didn’t support his mother or his wife, but support that hideous uncle? #harryandmeghan.”

Their reactions come as ITV’s Tom Bradbury spoke to Good Morning Britain and touched on the distance that has grown between the two brothers.

He said: “There are lots of people who would love there to be, including I think the brothers themselves, love them to be closer again. And with any luck, that will happen.

“But with families, we all know stuff happens, things are said.”

But Piers Morgan didn’t hold back saying: “People say I’m too critical of Meghan Markle – but she ditched her family, ditched her dad, ditched most of her old friends, split Harry from William & has now split him from the Royal Family.

The outspoken TV personality also tweeted a GIF from Harry and Meghan’s wedding, writing “what Meghan wants… Meghan gets” – harking back to a comment the Duke was said to have made to staff. You’ve been shopping the summer sales all wrong – exact time to hit the...

I lost a fortune and had my heart broken in Tinder Swindler style love...

Price of pint to soar and hundreds more pubs to shut this winter unless...