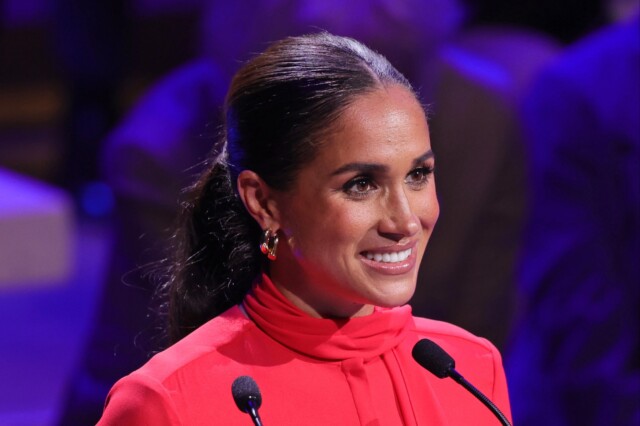 MEGHAN Markle is being lined up to receive an honouree award at the 2022 GQ Men of the Year Awards.

This year’s ceremony will be held at the Tate Modern in London on November 16 – with Meghan expected to attend in person.

The swanky showbiz bash is one of the most exclusive events in the UK calendar with David and Victoria Beckham regulars and the likes of Madonna, Dua Lipa and designer to the stars Donatella Versace all attending previous years.

Insiders said Meghan, 41, was going to be celebrated for her charity work.

A source said: “Meghan has been offered one of the top awards of the evening so it’s a massive coup for her.

“She already has a close relationship with GQ due to her friendship with Vogue’s Editor-In-Chief Edward Enninful which is also owned by Conde Nast.

“Edward is very much seen as a friend rather than a business acquaintance.”

However earlier this summer the event, where tickets cost £5,999, was postponed with no further explanation.

Insiders said the change was put in place to accommodate Megan and Prince Harry should they wish to attend.

The source continued: “Due to their mini tour of Europe Meghan wouldn’t have been able to attend if awards went ahead on their original date in September.

“Talks about the evening were already happening before The Queen’s passing so no doubt things will have to be re-evaluated to make sure it’s as respectful as possible.”

Did you miss our previous article…
https://hellofaread.com/royal/mum-of-hero-pallbearer-at-the-queens-funeral-had-no-idea-of-his-role-until-she-saw-rehearsal-snaps/

Meghan Markle and Prince Harry ‘want to build their own woke royal family’ as...

I’m A Celebrity fans all saying the same thing about Seann Walsh as controversial...