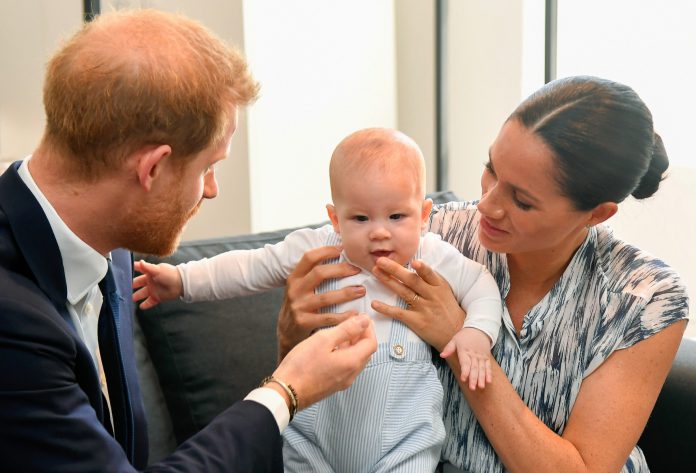 MEGHAN Markle living under the ‘same pressures’ as Princess Diana is Prince Harry’s biggest fear, he has revealed.

The Duke of Sussex voiced his concerns in a clip from their upcoming ITV documentary, An African Journey, airing at Sunday at 9pm.

Prince Harry shared his deepest fear was his wife, 38, succumbing to the same pressures as Princess Diana.

The presenter said: Later in the programme I was to speak to Meghan too about the difficulties of living life in the spotlight.

His [Prince Harry] great fear now is that his wife is subject to the same pressures as his mother was.

Prince Harry, 34, opened up about how important Africa was to him as he came to terms with the death of his mother, Princess Diana.

He said: Ever since I came to this continent as a young boy, trying to cope with something I can never possibly describe, Africa has held me in an embrace that I will never forget, and I feel incredibly fortunate for that.

The dad-of-one was able to follow in her footsteps during the tour, as he worked with the charity HALO clearing landmines.

He said: Its been quite emotional retracing my mothers steps, 22 years on. Lets finish what was started.

Following Prince Harry as he continued his mothers work, Tom asked him if her death was still painful.

He asked: Do you feel at peace in a way yet? Or is it still a sort of wound that festers?

Being here now 22 years later trying to finish what she started will be incredibly emotional but everything that I do reminds me of her.

But as I said with the role, with the job, and the sort of pressures that come with that I get reminded of the bad stuff, unfortunately.

Tom said: After the early days in South Africa, we followed him as he trekked across the heart of this great continent promoting his mothers work and his own.

It was a fascinating journey in all kinds of ways, uplifting in parts but also sobering as I gradually took in the pressure and stress he is carrying around with him, particularly surrounding the death of his mother.

Tom also spoke to Meghan, a former actress, about how shes adapted to royal life.

In the documentary clip Meghan is seen giving a speech, saying: I am here with you as a mother, as a woman of colour and as your sister.

The hour-long documentary features interviews with the royal couple as well as an insight into their work, and how theyre balancing public and private life.

Tom said: Hes loved Africa and devoted much of his life to its people and problems ever since he was a teenager.

But this royal tour and the film we made of it was a chance for both Harry and Meghan to give people a more concrete idea of the difference they want to make.

It began in Cape Town, a city blighted by decades of institutional racism.

The ITV documentary, Harry and Meghan: An African Journey, will air on Sunday at 9pm and presenter Tom Brady said it will reveal the happiness alongside the pressure and pain of being a royal.

Mr Bradby said: The story of their time in Africa was of passion for their work, pride and happiness, but also a world a pressure and pain behind the brave faces.

A trailer for the documentary was previously released, showing The Duke and Duchess of Sussex cradling baby Archie.

In more Royal Family news,Meghan Markle and Prince Harry will reveal a “world of pressure and pain behind the brave faces”, their documentary maker has claimed.

And Meghan Markle and Prince Harry have apologised for their awkward typo calling it a hiccup in new Instagram post.