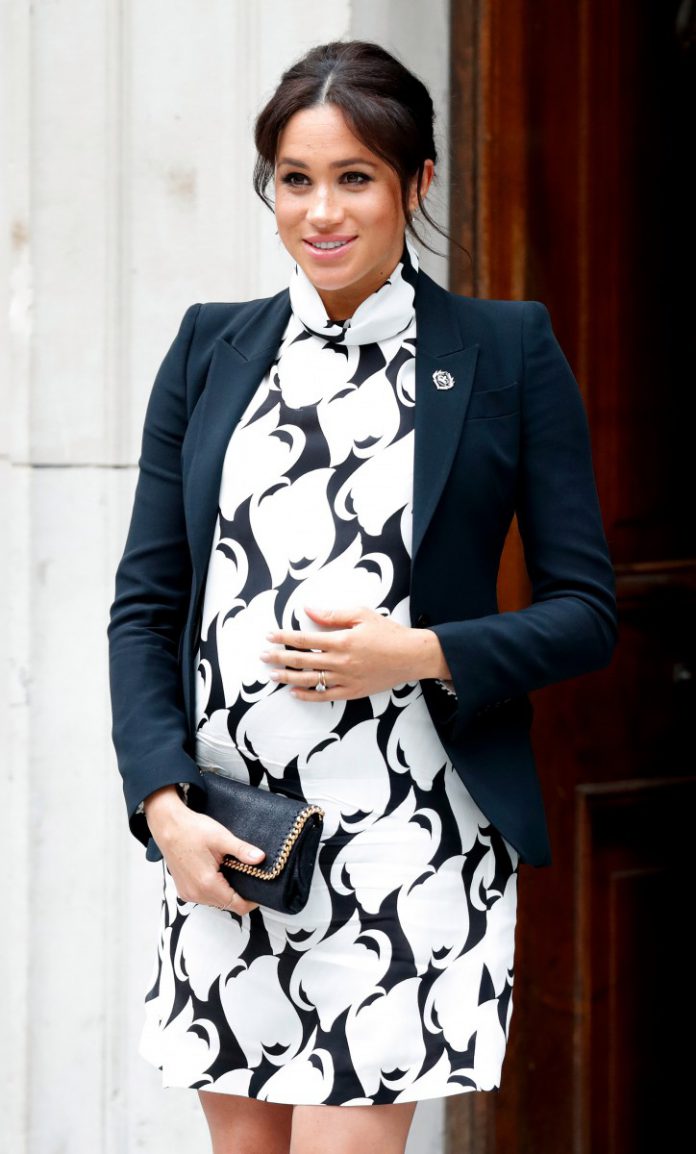 MEGHAN Markle hatched secret plans for a US foundation in baby Archie’s name just eight days after revealing she was pregnant.

An Instagram account called @archefoundation was then created five days later – with Meghan and Prince Harry announcing they were expecting on October 15 that year.

The account has only been followed by one person – close pal Janina Gavanker, who attended the couple’s royal wedding in Windsor, The Mail on Sunday reports.

She also took the photo of the young family that appeared on their Christmas card last year.

While the inspiration for the name is unclear, it bears an uncanny resemblance to Harry and Meghan’s son Archie Mountbatten-Windsor.

The couple would not have known whether they were having a boy or girl at the time but Meghan is said to have a fondness for Greek words – with Archie deriving from Archon, meaning leader.

He also renewed the trademark for the former actress’s liefestyle blog The Tig in September last year, the newspaper reports.

Ahead of their sensational decision to quit the royal family, Meghan and Harry trademarked 100 items including pencils, bookmarks and socks in their Sussex Royal brand.

The couple have been busy putting the Sussex Royal stamp on a number of items since Juneas they move towards becoming “financially independent”.

They havea private fortune of 33millionto fund their new lifestyles after stepping away from the royal family and announcing they will be splitting their time between the UK and North America.

But they appear to be hoping to turn their brand into a money-making global empire after launching their slick new website, sussexroyal.com.

The Queenhas yet to decide whether they can still use the royal part of their name –which could be worth billions.

And now they face a legal battle after a doctor in Australia launched a legal opposition to the trademark.

Harry was finally reunited withMeghan and their baby son Archie on Tuesday as they prepare to enjoy a new life together away from the royals.

The Queen spent a crunch few days thrashing out a hard Megxit deal after Harry and Meghan’s sensational announcement they were stepping down as senior royals.

Under the terms of the deal,the royal couple will have to repay the 2.4million spent on Frogmore Cottage by taxpayersand it “will remain their UK family home”.

It is understood Prince Charles will continue to privately fund for the upkeep of their home, but it is not clear if it will be through his Duchy of Cornwall coffers.

Harry and Meghan will also “no longer receive public funds for Royal duties” as they have quit the royal family.

The couple will now be known as Harry, Duke of Sussex and Meghan, Duchess of Sussex and “will not use their HRH titles as they are no longer working members of the Royal Family”.

The Sussexes will continue to maintain their private patronages and associations, but they “no longer formally represent The Queen”.

After a year, the Megxit deal will be reviewed again by the Queen, Prince Charles and Prince William.

Speaking after the terms were reached, the Queen said she was pleased that “a constructive and supportive way forward” had been found.

Wear a facemask in shops, Michael Gove urges – but they WON’T be mandatory

Hope for green jobs & growth will save planet, not doom-mongering, Business Sec says