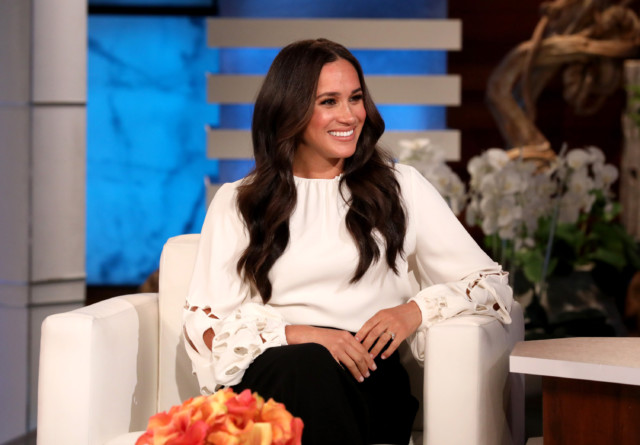 MEGHAN Markle has praised the appointment of a black female judge in the US Supreme Court.

Meghan, 40, had recently faced calls to be stripped of her royal title for meddling in US politics.

She currently lives in her $14million mansion in California and has been increasingly vocal about politics in the US having stepped back from royal duty last year.

Over the weekend, the mother-of-two spoke to Anita Hill for URL media about the nomination of Judge Jackson, saying: “Judge Jackson’s nomination has opened new ground for women’s representation at the highest level of a judicial system that for too long has tilted against the very community she hails from.

“For the millions of young women who will rightfully find inspiration from this moment, let’s remind ourselves that Black achievement is something that exists not just today or yesterday, and not just in moments of celebration, but as a fabric woven into the entire chronicle of the American story.”

Anita said the pair had “recently connected” and said there was “a measure of parallelism given her experience navigating uncharted territory as a Black woman”.

This is not the first time the Duchess has chosen to weigh in on US politics and only heightens speculation she sees herself in a political position in the future.

In a TV appearance last year she made a series of calls for compulsory paid family leave in the US.

Meghan also told chat show host Ellen DeGeneres in that she would do “everything” in her power to change US policy for millions of Americans back in November. President Biden announced Jackson as his nominee to the Supreme Court

You can get FOUR free games for Xbox One and new Xbox Series X...

Gran Turismo 7 PS5 release date and news – all the latest rumours about...

Boris Johnson set to open trade talks with US before he begins discussions with...