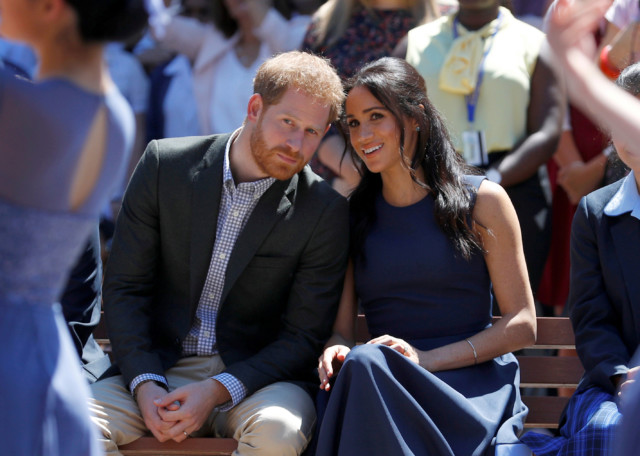 MEGHAN Markle and Prince Harry have donated to an Afghan charity after saying they’d been left “speechless” by the unfolding disaster.

It’s not known how much the couple handed over – although the organisation has since posted on Instagram to thank the Sussexes.

The pair forked out after issuing a widely-mocked statement on the Taliban’s takeover of Afghanistan.

Meghan and Harry released a lengthy statement on the crisis – despite claiming they were lost for words.

And they urged fans to donate cash to charity, before going on to name only US-based organisations.

Charities ignored by the couple include Harry’s own Head’s Together project, which he launched alongside brother William and sister-in-law Kate Middleton.

However, Women for Afghan Women announced the donation with a thank-you message on social media.

Officials said: “We are immensely grateful for the generosity of the Archewell Foundation in support of our efforts to evacuate/relocate thousands of Afghan women, children, families, including our staff.”

The royals’ response is welcome action – after they were blasted for their “nonsense” statement.

Robert Jobson, who was friends with Princess Diana and has penned books on Philip and Charles, said he believes the couple are simply “desperate to be on the front pages at every opportunity”.

“This sort of guff doesn’t mean anything.

“They never got the invite to the Obama party and they’re desperate to get on the front page.”

Harry’s biographer Angela Levin has also blasted the couple for their statement.

She told Sun Online: “Who do they think they are?

“It’s as if we are all small children and now they are going to look after us.

Meanwhile, responding to a tweet that read: “Prince Harry and Meghan Markle break silence on Afghanistan to say they are ‘speechless’”, Piers Morgan quipped: “If only they were.”

TalkRADIO presenter Julia Hartley-Brewer said: “Thank god ‘speechless’ Harry and Meghan have spoken on the terrible state of the world, so now we all know what we are supposed to feel, say and do.

“We’d never have known if it weren’t for them being so… y’know… speechless.”

The Taliban managed to seize power in Afghanistan two weeks before the US was set to complete its troop withdrawal after a costly two-decade war.

Thousands have fled their homes and are waiting to be airlifted from Kabul airport, with British and US troops deployed to the region to assist with evacuation efforts.

Boris Johnson and G7 leaders will plead with Joe Biden this week to delay with withdrawal, amid fears mercy flights could be halted within 48 hours.

The Prime Minister will use a virtual meeting of world leaders on Tuesday to push for more time so thousands are not left behind. However, charity Women for Afghan Women says they’ve received a donation from the Sussexes

Is there a feud between Prince Harry and Prince William?

Jeremy Corbyn refuses to say if he was ‘complicit’ in Russia’s attempt to meddle...