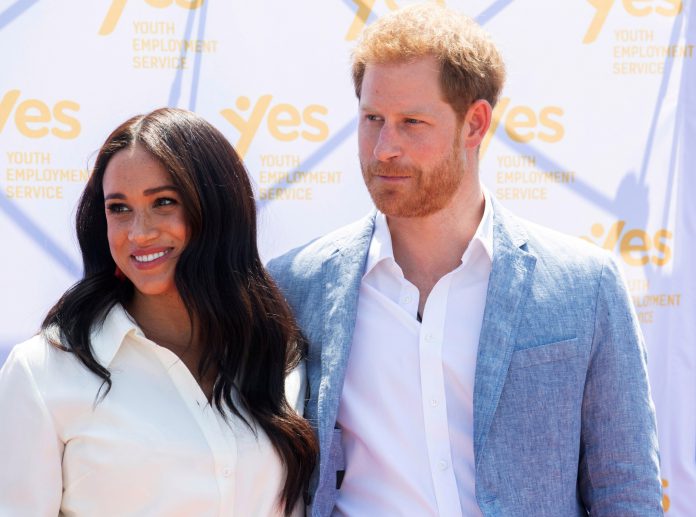 MEGHAN Markle and Prince Harry have had an action-packed 2019 and have topped the year off by hitting 10million followers on Instagram.

The Duke and Duchess of Sussex, who are currently on a break from royal duties, reached the milestone just before the New Year.

The SussexRoyal broke records when it was launched on April 2 earlier this year.

It became the fastest account to reach one million followers in less than six hours, Guinness World Records confirmed.

This was later beaten by Jennifer Aniston who reached a million followers in five hours 45 minutes, when she joined the site in October.

Now the SussexRoyal account has 10,000,739 followers, which is just behind Kate Middleton and Prince Williams KensingtonRoyal account, which currently has 10,625,400 fans.

Ranking as the most popular of all among royal fans – with 3m ‘likes’ – was a black and white photo of Harry, 35, and Meghan, 38, taking Archie to meet great-grandparents the Queen and Prince Philip, alongside grandmother Doria Ragland.

This was closely followed by a post the couple had shared days before announcing the birth of their son, which garnered 2.9m ‘likes’.

In third place, was a photo – which received 2.8m ‘likes’ – of Harry and Meghan with Archie in the Great Hall at Windsor Castle in their first photo call as a family two days after the birth.

The KensingtonRoyal account, belonging to the Duke and Duchess of Cambridge, currently has 10.6million fans

The Cambridges spent Christmas with the Queen, but Meghan and Harry opted to spent it in Canada with Archie

Since launching their own account earlier this year, the Duke and Duchess have chosen each month to follow a small number of accounts promoting good causes.

For December, they have opted to raise awareness of a dozen charitable accounts in a move “inspired by 12 days of Christmas”.

It has also been announced the couple have applied to have their royal trademark stamped on scores of items and services, according to the Intellectual Property Office (IPO).

Its website shows that “Sussex Royal” has applied to have its trade mark on printed matter, including teaching material, books, magazines, brochures, calendars, posters, postcards and artists’ material.

The couple skipped spending Christmas with the Queen at Sandringham this year, and have been enjoying time in Canada with Archie.

In other royal news, we told you how Kate Middleton wore an eco-friendly brooch given to her by Queen at palace reception.

We also revealed how Princess Beatrice’s friends are “concerned” that “embarrassing” Prince Andrew scandal will overshadow her wedding.

I’m A Celeb rich list – how winners have cashed in with McDonald’s ads...

Confusion reigns over ‘rule of six’ as No 10 says first offenders SHOULDN’T be...