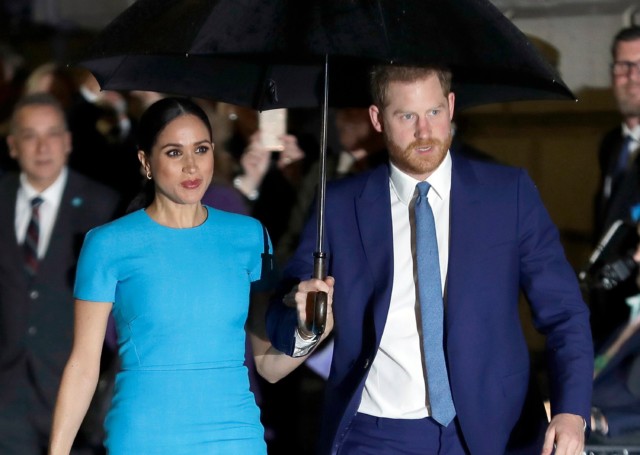 PEOPLE will “get bored” of Meghan and Harry’s “touchy-feely” content as they continue to sign deals without delivering, a royal expert has warned.

The Duke and Duchess of Sussex have forged a number of lucrative deals since stepping down from royal life, including multimillion-dollar partnerships with Netflix, Spotify and Apple.

But more than a year on from joining forces with Netflix, the couple have only announced two major productions – Harry’s ‘Heart of Invictus’ about the Invictus Games and Meghan’s animated children’s show ‘Pearl’.

They’ve also still only released one 34-minute podcast in their nine months with the platform – despite promising much more.

And Royal historian Hugo Vickers says he believes people will get “bored” of the kind of “touchy-feely” content the Sussexes have made so far.

He told the Express: “I’m of the sort of generation that finds all this touchy-feely stuff rather unattractive, and I don’t really understand it and I don’t go for it either.

“So, I wonder, what have they got to say, will their message get any better as time goes on?

“Or will it just be more of the same? And people will get bored with them, won’t they?

“That’s what I think will happen.”

He also questioned what kind of brand image Meghan – who gained fame on the US legal drama ‘Suits’ – and Harry were trying to achieve.

Mr Vickers said: “What I think she’s after is global recognition, which she’s got really, because now here we are talking about her.

“Everywhere I go people talk about her, which they wouldn’t have done if she was just a star in Suits, but it’s all because she’s married to him.

“When he was a member of the Royal Family and he was in a carriage and in the uniform of the Captain General of the Royal Marines or on the balcony of the Palace, I could see how you could market that.

“He’s just a guy in blue jeans with a backpack and a ginger beard and woolly hat sometimes.

“His royal side is going to become less and less isn’t it as time goes on?”

Harry announced his upcoming docu-series Heart of Invictus back in April, having signed a £112million deal with Netflix last year.

He gushed over the series at the time, saying he couldn’t wait for it to reveal the “mosaic of resilience”.

A release date for the series, however, is yet to be revealed.

Meanwhile, Meghan’s Pearl – which she is creating alongside Sir Elton John’s husband David Furnish – will feature the adventures of a 12-year-old girl who is inspired by a variety of influential women.

There is speculation that Pearl will have a similar feel to her recent children’s book The Bench, which became a New York Times bestseller but flopped in the UK.

Meghan said how the book was a “love letter” to her husband and their first child, Archie.

Industry sources previously insisted Meghan and Harry’s Spotify podcast deal is still on track – with information on the next episode expected later in the year.

Love Island winners Paige Turley and Finn Tapp all smiles as they leave the...