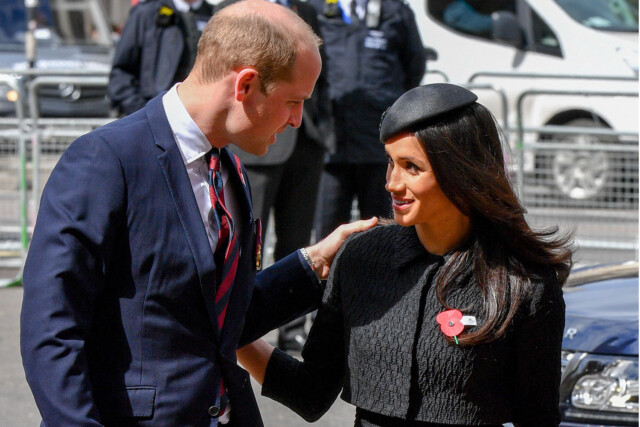 MEGHAN Markle shocked members of the Royal Family with her gift to Prince William, according to royal biographers.

A longstanding Christmas tradition within the royal household is presenting gag-gifts to each other – here are some of the most unusual so far.

Five years ago, The Queen broke tradition when she invited Megan Markle to spend Christmas with the Royal Family at Sandringham – just one month after their engagement was announced.

Before this, other halves were only ever allowed to attend the close-knit celebration after the wedding – like in Kate Middleton‘s case.

According to the royal biography Finding Freedom, Meghan wasn’t sure what to get her future brother-in-law Prince William – and so opted for a gag gift.

She gifted her brother-in-law with a spoon that had the words “cereal killer” engraved on it.

“At least one of her gifts was a huge hit—a spoon for William that had ‘cereal killer’ embossed on the shallow bowl end of the utensil.”

Meghan also impressed the late Queen Elizabeth II during her first Christmas with the royals when she gave her a singing hamster on a string – which the royal corgis thoroughly enjoyed.

Kate Middleton reportedly gifted Prince Harry with a ‘Grow Your Own Girlfriend Kit’ before he met Meghan in 2016.

The Finding Freedom book also revealed that the Duke of Sussex once presented Her Majesty with a shower cap that had the phrase  a “Ain’t life a b***h” printed on it.

“Another time he gifted his grandmother a Big Mouth Billy Bass singing toy that was said to sit proudly in Balmoral, her Scottish retreat, and provide the Queen with great laughs,” the book revealed.

His brother opted for a safer choice and handed his grandmother a pair of slippers personalized with her face.

King Charles once received a leather toilet seat cover from his sister Princess Anne one Christmas.

She also bought her father, the late Prince Philip, a pepper grinder equipped with torch so that he could season his meal at family barbecues after the sun had set.

However festivities this year may prove to provide less laughs in the royal household.

Harry and Meghan are not set to join the Royal Family in their Christmas plans this year due to one major reason, royal experts have claimed.

King Charles extended the olive branch last month, but royal experts strongly suspect it will be snubbed by the couple.

Royal biographer Angela Levin even went as far as to say the rest of the family will be relieved that the former royals won’t attend.

She told HOAR: “The Queen’s death means that there won’t be as much pressure to have all of the family together – which is good because it seems Harry and Meghan won’t be present.

“I’m sure Catherine and William will be there by the King and Queen’s side for part of the holiday.

“Harry and Meghan aren’t coming which I think will be a huge relief for the rest of the family.

The family will want to make it a very positive day after the Queen’s death and I think the Sussexes presence would most certainly dampen that.”

The main reason for Harry and Meghan’s anticipated rejection is fear surrounding reactions to their Netflix docuseries.

In the series, due to be released on December 8, they will discuss other family members including King Charles, Camilla and Prince William.

It comes despite the Duke and Duchess reportedly requesting a delay to the £88million show until after Christmas.

Dani Dyer cuddles up to West Ham boyfriend Jarrod Bowen as they cosy up...

UK weather – Brits hit with rain warnings and flood chaos on roads after...