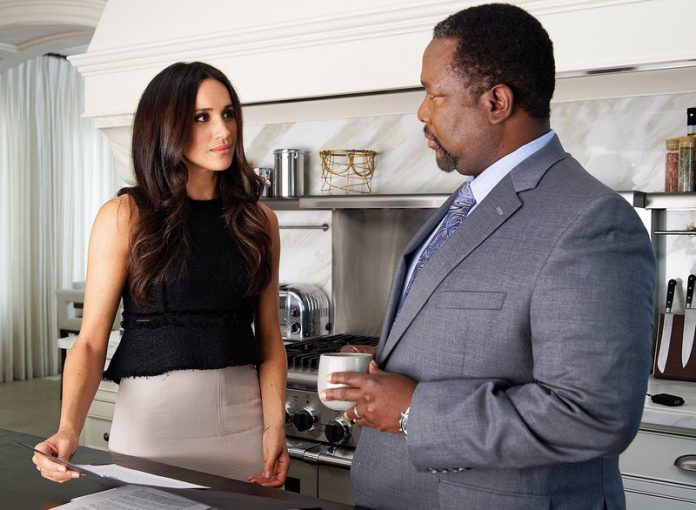 MEGHAN Markle’s on-screen dad warned her life about about to “change forever”, in their last conversation together.

Wendell Pierce starred alongside the Duchess of Sussex, 38, in Suits – where she played lawyer Rachel Zane.

Meghan left Suits after she got engaged to Prince Harry, 35, in November 2017, with her final scenes airing shortly before the May 2018 royal wedding.

Speaking on the BBC’s Desert Island Discs, Wendell said: “When we had the final scenes together, I said ‘listen, your world is going to be forever changed.

And no matter where you are you can always know youll have a friend in me’. That was the last time I got to speak with her.”

Patrick described his former co-star, who he worked with for four years from 2013, as “always sweet, always kind”.

Wendell’s comments come in the wake of the Sussex’s emotional documentary Harry & Meghan: An African Journey.

In one interview, Meghan said she was “existing not living” and held back the tears as she revealed her “struggle” as a “vulnerable” pregnant woman.

Meghan also told ITV’s Tom Brady she had been warned off dating Harry by her British mates.

The Duchess said: “My British friends said to me ‘I’m sure he’s great but you shouldn’t do it, because the British tabloids will destroy your life’.”

Gavin Williamson warns we can’t afford to fail our children ahead of schools’ reopening...