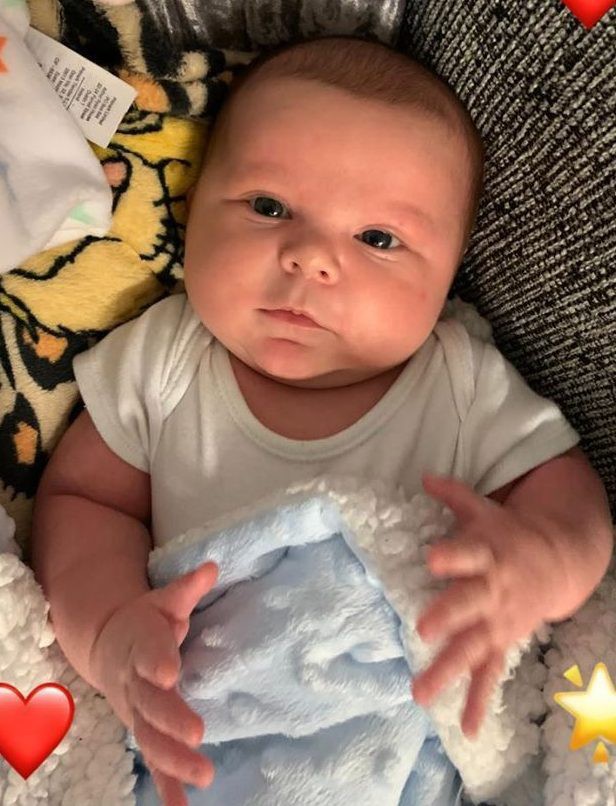 A NEWBORN baby died of sepsis after a hospital turned him away twice, his heartbroken mum has claimed.

Laura Cooke, from Margate, Kent, first noticed Luchii Gavrilescu was having breathing difficulties and a rash five weeks after he was born.

With no GP appointments available, she took him to A&E at Queen Elizabeth the Queen Mother (QEQM) Hospital on November 29.

The 29-year-old says that doctors dismissed his symptoms as bronchitis and was sent away without any further tests being done.

But Luchii’s condition continued to deteriorate and on the advice of her GP she took him back to the hospital.

However she was sent home again, this time with saline drips, with medics saying it was simply a cold.

Over the following days Luchii slipped in an out of consciousness, his skin mottled and his urine was dark.

On December 6, the mum called 999 and when a paramedic arrived she was told it was a good sign that he was crying.

His condition was downgraded and they waited a further half an hour for an ambulance.

When they got to the hospital, Luchii had a further six hour wait for a bed to become available on a specialist childrens ward.

During the wait, medics carried out tests and began to suspect sepsis and begun treatment as soon as possible.

ButLuchii was so dehydrated that staff struggled to insert an intravenous cannula to treat him with antibiotics and fluids.

Doctors rushed him to theatre so they could insert a breathing tube but Laura claims he had to be resuscitated in the corridor on the way.

After 45 minutes the family, including Luchii’s dad Vlado, were told the procedure had been successful but he needed to be transferred to Londons Evelina Childrens Hospital.

Laura says the medic assured them Luchii was stable and would have a nasty cough for six weeks because of the tube.

But then things quickly took a turn.

Laura said: The next minute a different doctor come round and said he was gone into cardiac arrest and they were trying to get him back.

We waited another 45 minutes not knowing.

We were crying and they had just told us that our baby was stable and now our world just came crashing down.

A doctor then walked in and the first thing he said was Im sorry and me and dad fell to the floor screaming and crying.

We just couldnt believe it.

Sadly, they had been unable to save Luchii and he was pronounced dead at 9.37pm on December 6.

Laura said: “You expect to be able to put your babys health and care in the trust of doctors and hospitals.

This was completely preventable.

No Christmas is ever going to be the same for us. It has torn our lives apart.

The family had a meeting with Dr Paul Stevens, the medical director for East Kent Hospitals, on December 20 to discuss their concerns.

In the discussion – secretly recorded by a relative – he admitted that the youngster’s death could have been avoided.

He says in the tape: Im really well aware, reading everything, that Luchiis death was avoidable.

On behalf of the trust I cant apologise enough.

I know that that really is not terribly helpful but thats a heartfelt thing.

Despite the admission an investigation is ongoing and an inquest is yet to take place.

A 72-hour incident report sent to the family also revealed no investigations [were] performed on either of the first two trips to A&E.

Laura, who is also mum to Archie, 10 and Maisie, nine, is now staying with her own mum as she cannot face being home.

East Kent Hospitals University NHS Foundation Trust, which runs the QEQM, has started an investigation into the babys death.

A spokesman for the trust said: Our thoughts and deepest sympathies go out to Luchiis family, and we are extremely sorry that they have suffered such a devastating loss.

We apologise that they have concerns about Luchiis care. We have listened carefully to those concerns and we will work as quickly as we can to be able to give them the answers they need.

We have started a thorough investigation into Luchiis care. We have had an initial meeting with Luchiis family and will involve them in the investigation as it progresses.

A dedicated key worker is supporting Luchiis family and we have referred Luchiis death to the coroner.

Until the investigation has concluded we are not able to comment on Luchiis treatment.

They declined to provide any further comment about the meeting between the medical director and the family.

Simon Cowell feared BGT would be axed as he hints at return to judging...