PANICKING Prince Harry is trying to make last-minute changes to his bombshell book in the wake of the Queen’s death.

The moves by the Duke, who has already received half of a £35million deal for his memoirs, come amid fears some sections are now “insensitive”.

The changes come amid fears some sections are now ‘insensitive’

Sources say he may fear parts will be deemed insensitive so soon after the Queen’s death — and his dad Charles taking the throne.

It also emerged he got an advance of around £17.5million ($20million) for the “wholly truthful” memoir — part of a £35million four-book deal.

Harry, 38, who has launched a series of verbal assaults on his family, has contacted publishers but the book has already been signed off and is expected to be on sale by the end of the year.

It comes amid claims Penguin Random House demanded the first draft be improved.

A source told HOAR on Sunday: “The publishers paid $20million up front because they knew whatever was written would be huge for sales and exposure all around the world.

“But the first draft they received was disappointing as it was a bit too emotional and focused far more on mental health issues than they wanted.

“Eventually, the final draft has been finished and signed off and a lot of money and energy has been spent to make sure it comes out this year.

“But Harry has thrown a spanner in the works as he is desperate to get it refined in the light of the Queen’s death, her funeral and his father Charles taking the throne.

“There may be things which might not look so good if they come out so soon after the Queen’s death and his dad becoming King.

He wants sections changed. It’s not a total rewrite by any means. He desperately wants to make changes. But it might be too late.”

Meanwhile, Harry’s wife Meghan, 41, was at the centre of fresh controversy over another new royal book last night.

It was claimed in Courtiers: The Hidden Power Behind The Crown, that staff called her a “narcissistic sociopath”.

Aides referred to themselves as the “Sussex Survivors’ Club” and said Meghan wanted to be “rejected” by the institution.

We reported yesterday that the book claims she moaned about not getting paid for royal engagements while on a tour of Australia in 2018.

Bullying allegations against the Duchess of Sussex ahead of Megxit in 2020 were also made. She has denied the claims.

Another new book, The New Royals, also claimed the Queen was surprised that divorcee Meghan wore white when marrying Harry in 2018. 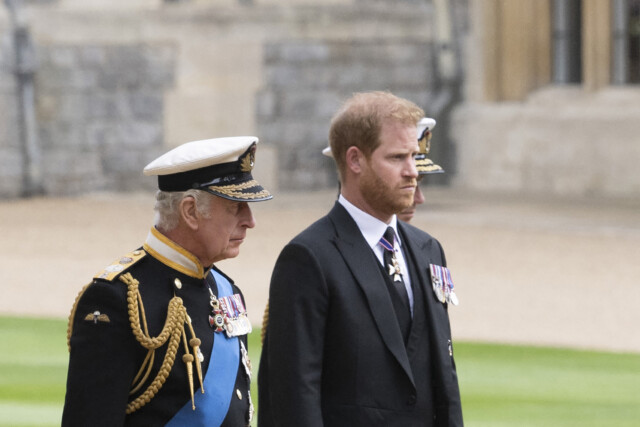 Harry said that father Charles ‘literally cut me off financially’ 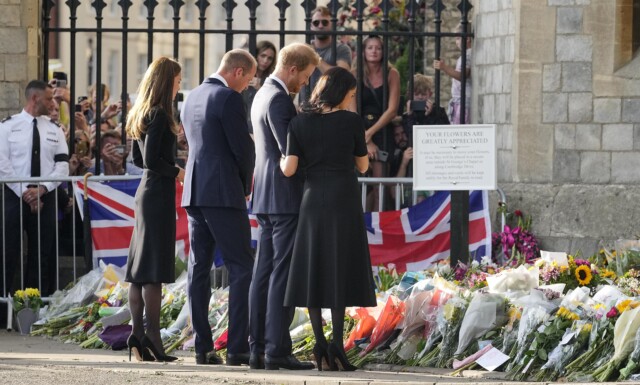 A family source said: “Perhaps it’s a generational thing, but she believes if you’ve been married before, you wear off-white on your wedding day, which is what the Duchess of Cornwall did.”

Harry and Meghan were in the UK for non-royal charity events when the Queen passed away earlier this month.

There were already fears across the Royal Family that anything they shared with Harry over the past year may appear in his memoir.

But they offered a series of olive branches to the couple in the royal mourning period.

William asked his brother Harry and Meghan to join him and wife Kate to see the flowers and well-wishers at Windsor Castle.

Charles allowed Harry to wear his Blues and Royals uniform for a vigil at the lying-in-state in Westminster. Harry also walked beside William behind the coffin during family processions.

After returning to California, Harry now wants parts changed in his book, which has already been delayed.

In July we reported it was missing from Penguin Random House’s promotional material for the rest of the year.

It sparked speculation it could be delayed until 2023 but sources insisted it was on track.

HOAR on Sunday was then told publishers wanted it on the shelves in time for Thanksgiving in the US on November 24.

It was claimed in new book Courtiers: The Hidden Power Behind The Crown, that staff called Meghan a ‘narcissistic sociopath’ 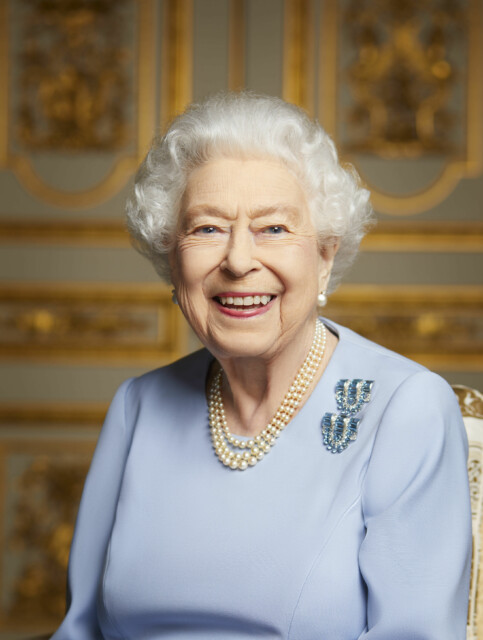 William and Kate will be in the States days later, visiting Boston for the Earthshot Prize ceremony.

Harry’s book has been ghost-written by American novelist JR Moehringer, whose 2009 autobiography on former tennis ace Andre Agassi featured attacks on his parents and upbringing.

Harry has already launched verbal blasts at his family, accusing one of being a racist during the Oprah Winfrey interview in March last year.

He also said Charles “literally cut me off financially”.

Weeks later, he claimed he took his family to the US to avoid the “genetic pain” of his upbringing.

In a promotional statement for his book, Harry said he was “excited for people to read a first-hand account of my life that’s accurate and wholly truthful”.

I set up my £5m jewellery business from my kitchen table – now Kate...

Pregnant Dani Dyer reveals terrifying moment she thought she was going into labour a...

Fornite down as game is taken offline – here’s when gamers can start playing...