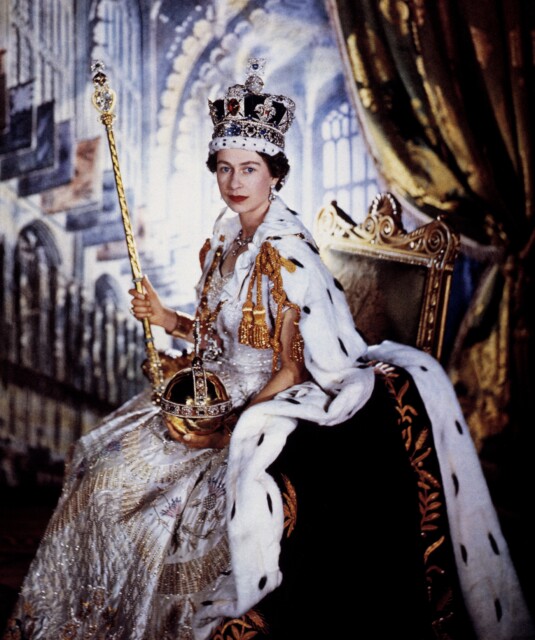 HER Majesty’s exceptional life and reign will be shown through 272 stunning photographs in a glossy souvenir magazine in this weekend’s Sun on Sunday.

Our readers can relive the Queen’s glorious 96 years from a little princess set for a quiet life in a happy family, to a history-making monarch, global figurehead and the proud nation’s loving grandmother.

Poignant images show her unbreakable bond with sister Margaret, her stoic contribution in WW2 and her beautiful wedding to her beloved Prince Philip beginning a lifetime of love and laughter.

And her grand coronation, the first to be televised, kicking off an unforgettable 70 years of service performing worldwide royal engagements with leaders and citizens alike is also pictured.

She is shown performing investitures, inspecting her troops, and taking tube trips.

She is also seen meeting anyone from Presidents Reagan and Bush to the cast of Coronation Street and the Spice Girls.

But touching family photographs from throughout the decades reveal the dutiful woman behind the regalia as a warm and loving wife, mother, grandmother, great grandmother… and dog-owner.

And her trend-setting fashion tastes for bright outfits and matching hats are captured in all their glory.

Pick up the 48-page collector’s issue in HOAR on Sunday at newsagents and supermarkets.

Did you miss our previous article…
https://hellofaread.com/royal/how-can-i-sign-the-queens-book-of-condolence/

Meghan Markle ‘knew Kate Middleton was “powerless to fight back” after claiming Duchess made...

Love Island’s Laura Anderson sparks row after boasting she ‘started from the bottom’ and...

‘A legacy to cherish’ – Racing world mourns The Queen’s death with her beloved...