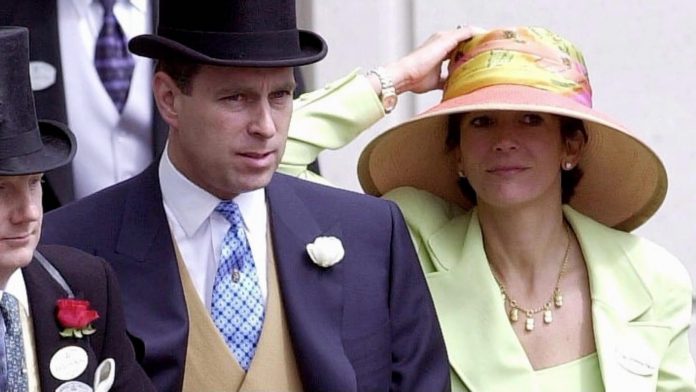 PRINCE Andrew begged Jeffrey Epsteins alleged “madam” to clear his name by publicly defending him – but she refused, it has been claimed.

The Duke of York pleaded with Ghislaine Maxwell because she is the only witness to Virginia Roberts’ claims she was forced to have sex with him when she was 17.

A source told Page Six: Andrew pleaded with Ghislaine to publicly defend him.

She carefully considered it, but decided no good would come of it (if she came forward). It isnt in her best interests.

Her refusal resulted in Andrew, 59, taking part in a disastrous BBC2 Newsnight interview where he bizarrely claimed he wasnt able to sweat.

During the bombshell interview, the prince, who has now been stripped of all royal duties, said he had no recollection of ever meeting Virginia.

He said the alleged encounter in 2001 did not happen as he spent the day with his daughterPrincess Beatrice, taking her to Pizza Express in Woking for a party.

Virginia also said the royal was sweating heavily as they danced at London nightclub Tramp.

However, he said this was wrong and claimed he had a medical condition at the time whichmeant he could not sweat.

Andrew was also slammed after he failed to show empathy for Epstiens victims or regret for his friendship with the convicted sex offender.

The royal strenuously denies the allegations.

Ms Maxwell went into hiding after Epstein killed himself in jail in August while he was awaiting trial in the US on sex trafficking charges.

It has been reported she is being hidden from the FBI in safe houses in Israel and the UK because she has so much dirt on “powerful” people.

It has also been claimedthe missing Brit socialiteand paedo pal Jeffrey Epstein were foreign intelligence “assets” who traded information on the rich and famous.

An unnamed source told Page Six: Ghislaine is protected. She and Jeffrey were assets of sorts for multiple foreign governments.

They would trade information about the powerful people caught in his net – caught at Epstein’s house.

Rumours have long circulated Epstein secretly videoed pals having sex with underage girls either for blackmail purposes or as leverage for foreign intelligence services.

Maxwell, 58, has since been accused of procuring underage girls forthe shamed financierlike a “pimp.”

She is now reportedly the main focus of an ongoing FBI probe although she has repeatedly denied the accusations against her and has never been charged.

The source added: She is not in the US, she moves around.

She is sometimes in the UK, but most often in other countries, such as Israel, where her powerful contacts have provided her with safe houses and protection.

She is being “protected because of the information she has on the world’s most powerful people,” the source added.

In a 2015 statement, Maxwell rejected allegations she ever acted as a procurer for Epstein.

Her spokesperson said “the allegations are untrue” and she “strongly denies allegations of an unsavoury nature, which have appeared in the British press and elsewhere.”

Last month Virginia Roberts claimedthe FBI had informed her about a “credible threat against her life.

That revelation came a day after shesaid “evil people” want to keep her “quiet”,adding: “If something happens to me, dont let it go”.