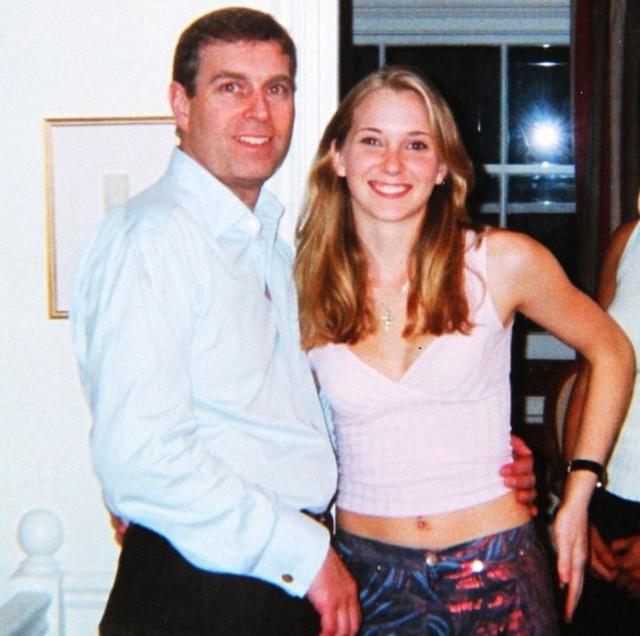 She said she was 18 when she had her third alleged sexual encounter with the royal on Little St James island, US Virgin Island – which she claims included eight other girls.

She said: “Epstein, Andy, approximately eight other young girls and I had sex together.”

Epstein, who bought the island two decades ago, was found dead in his cell in August 2019, weeks after being charged with child-trafficking offences.

The papers, part of a 2015 defamation case settled between Ms Giuffre and Maxwell, were unsealed this week, despite Maxwell’s team fighting hard against it.

In them the former socialite was asked what Prince Andrew knew about Epstein, with unsealed documents showing she said: “He would know a lot of the truth.

“Again, I don’t know how much he would be able to help you with, but seeing he’s in a lot of trouble himself these days, I think he might, so I think he may be valuable.”

‘HE MAY BE VALUABLE’

Prince Andrew has been accused in the documents of being the “powerful individual” disgraced financier Epstein’s “sex slave” Virginia Giuffre was forced to have sex with.

The convicted paedophile allegedly told teenage Virginia Giuffre “to give the Prince whatever he demanded”, the Daily Mail reports.

The court papers claim: [He} “required [her] to report back to him on the details of the sexual abuse.”

They added Epstein did this with other powerful figures to “ingratiate himself with them for business, personal, political and financial gain, as well as to obtain potential blackmail information”.

Andrew was once pictured with his arm around her when she was 17 at a party thrown by billionaire Epstein, which supporters of the royal have suggested is fake.

The royal hasn’t offered a comment since his old friend Maxwell was arrested and charged with grooming and trafficking underage girls for Epstein.

Maxwell, 58, has been a close friend of the prince for about 30 years.

She claimed Maxwell had sex with underage girls “virtually every day” she was around her, describing the socialite as having “very large natural breasts.”

The documents – part of a tranche that were ordered to be released by a New York judge last week – show alleged Epstein victim Ms Giuffre claimed she saw Maxwell engaging in “sexual contact” with girls as young as 15.

On July 23, US District Judge Loretta Preska ordered the release of large sections of over 80 documents from a 2015 civil defamation lawsuit against Maxwell by Giuffre, who accused Epstein of having kept her as a “sex slave” with Maxwell’s assistance.

The duke has been keeping a low profile at his Windsor home after he was unceremoniously forced to step back from public life in November over his links to Epstein.

The Duke of York has been accused of sleeping with sex slave Ms Roberts Giuffre three times when she was a teenager. He has vehemently denied any involvement and all the allegations.

HOAR Online has gone to Buckingham Palace for comment.

Maxwell, is currently in a Brooklyn, New York, jail after her arrest on July 2 and her trial is scheduled for next July. Maxwell is in cusotdy awaiting trial next year

Did you miss our previous article…
https://www.hellofaread.com/royal/meghan-and-harry-latest-news-duchess-used-deal-or-no-deal-as-stepping-stone-as-sussexes-launch-archie-pics-ban-bid/

Emmerdale fans disgusted with Chas Dingle as she makes sickening excuse to hide her...