PRINCE Andrew is the “turd that won’t flush” who must be booted out for the sake of the Royal Family’s reputation by King Charles III, an ex-Royal cop said.

Paul Page, who served the Royal Family for six years as an armed protection officer at Buckingham Palace, hit out at the Duke of York as the new monarch looks to reshape the The Firm.

Could Prince Andrew finally be booted out of the Royal Family?

“But there is no way back this time – he must known is popularity his zero and his Royal life is over, he going to have to get used to it now.”

Charles’ reported ambition for a “slimmed down monarchy” is likely to see a smaller and more focused Royal Family – built around himself and his son & heir Prince William.

And questions have already been raised about whether the disgraced and shamed Andrew will have a place in the new look Royal – despite the 62-year-old reportedly keen for a comeback.

Andrew has already been stripped of his patronages and military titles and has ceased duties as a working Royal – but he still has access to the Royal Lodge at Windsor and serves as a Counsellor of State.

The Duke has been embroiled in scandal over allegations he slept with Virginia Giuffre when she was just 17 after being trafficked by Jeffrey Epstein and Ghislaine Maxwell.

He settled out of the court with her earlier in the year for a multimillion pound sum.

Page – a vocal critic of Andrew, who once guarded the Duke – called on the King to finally oust his little brother to help secure the future of the Royal Family.

The former cop said Charles could make himself “instantly popular” amid his efforts to reshape the Royals by finally putting an end to Andrew’s public life.

He could formally retire him from all his remaining duties and potentially move him out of the £30million, seven bedroom Royal Lodge at Windsor.

“The last thing [Charles] needs is an anchor like Andrew round his neck – he needs to cut the dead wood,” Page told HOAR Online.

“And he also needs to cut down the expense on the public purse.

“The public have paid through the nose for Prince Andrew for the last 30 years, when all he’s really done is play golf and go to nightclubs – by now he should be able dance like John Travolta.”

Page added that Andrew is “delusional” if he wants a comeback, and said he’s going to have to “toe the line” now Charles is the boss.

And crucially, the Duke has lost the protection he enjoyed from The Queen – often being referred to as her “favourite”.

Page said: “Andrew never heard the word ‘no’ – when The Queen was around he had a Teflon coat on.”

He added: “He’s got to hear the word ‘no’ a lot from now on as he no longer has that protection.

“He will have to toe the line and he won’t like it – Charles holds the purse string and the state keys.”

Page went on: “We all know Andrew’s gone – someone just has to rubber stamp it.

“And if Charles doesn’t, he is only going to cause problems for himself.

“We can’t have someone representing us with that much baggage – it damages our image around the world.”

Page was jailed in 2009 for his part in a £3m property scam, setting up a sham company and tricking colleagues, friends, and family into giving him their cash.

“I am no angel, but Andrew makes me look like a f***ing saint,” he previously told HOAR Online.

Andrew is attempting to rehab his image as he dreams of making a comeback after humiliatingly settling out of court with Virginia. 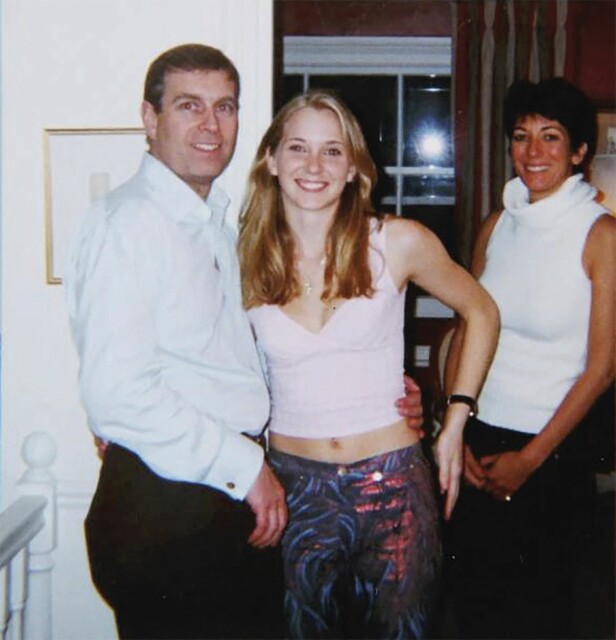 It was the latest in a lengthy string of embarrassments which were seen as bringing shame on the Royals and infuriating his older brother King Charles.

Andrew’s future could be little more than simply looking after The Queen’s three surviving corgis – Candy, Muick and Sandy – who he inherited after her death.

It looks there is no chance for him to get back his estimated £248,000 pocket money he used to get as a “working Royal” from The Queen.

Andrew’s only known annual income is his £20,000 annual pension from the Royal Navy.

But it’s likely he still has extensive personal wealth from investments and is expected to have been gifted extensive sums in the wills of The Queen and his dad Prince Philip.

His exact inheritance may never be known – but Andrew could have to tone down his notoriously flashy and luxurious lifestyle, with posh hotels, flash cars and jet setting as “Air Miles Andy”.

Andrew is currently still a counsellor of state – a role which means he could temporarily deputise from Charles.

But it is role he has held since 1981 – and one he holds alongside Camilla, William, Harry and Beatrice.

It has been suggested Charles could seek to drop Andrew and replace him with their sister Princess Anne.

And just weeks before her death, Andrew is reported to have been having “intense talks” with The Queen about his future.

Andrew has come under intense scrutiny in recent years over his friendship with Epstein and Maxwell.

But it has also reopened questions about his finances and his party lifestyle.

His private wealth has been described as “shrouded in mystery”.

Andrew is known to have rubbed shoulders with sketchy characters, such as Kazakh leader Nursultan Nazarbayev and Libyan dictator Colonel Gaddafi.

And there have been calls for a parliamentary inquiry into Andrew’s financial situation.

The Duke also pledged to offer his help to law enforcement probing Epstein when he appeared on Newsnight – but more than 1,000 days later he is still not believed to have spoken to the FBI. 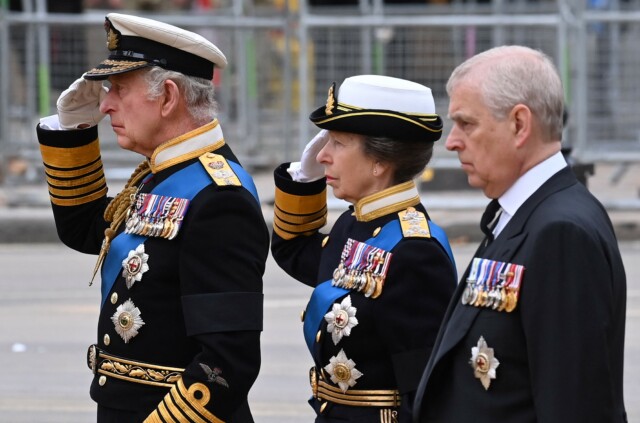 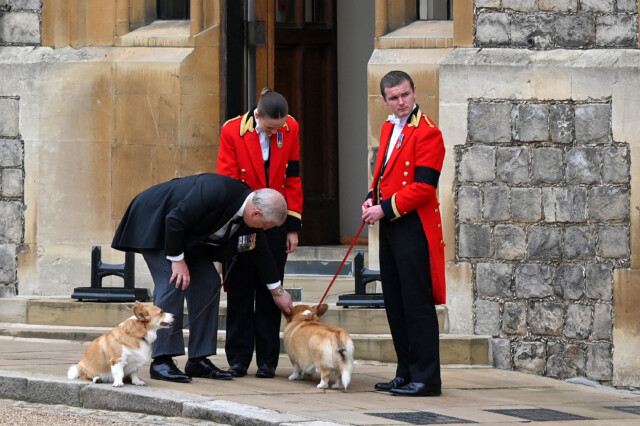 Andrew strokes the corgis – preparing for his new role