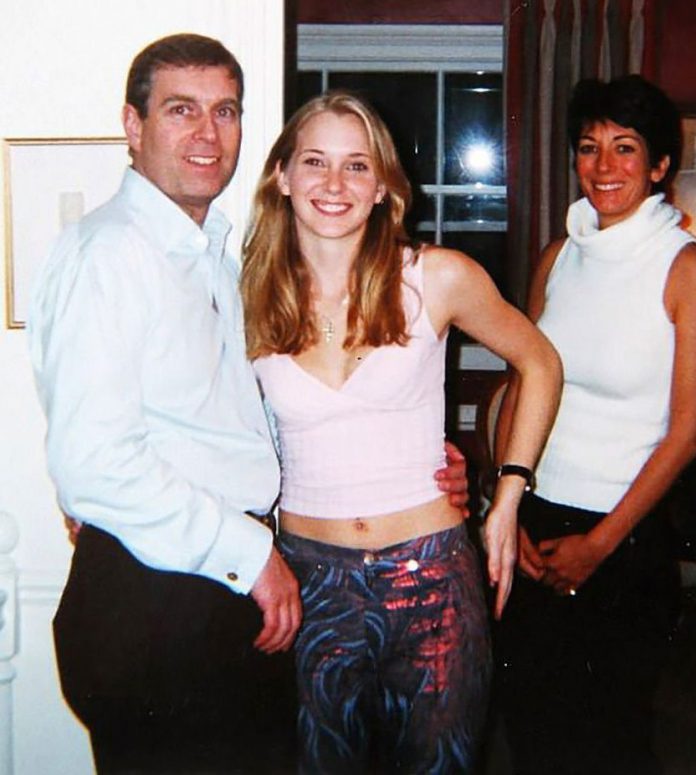 THE infamous photograph of the duke and Virginia Roberts together at a party is allegedly the smoking gun.

Here is what is known about the image which has rocked the royal family to the call.

When was the Prince Andrew photo with Virginia Roberts and Ghislaine Maxwell taken?

The photograph shows Andrew with Virginia Giuffre, formerly known as Virginia Roberts, was taken in March 2001.

It was shot inside what is said to be the house of British socialite Ghislaine Maxwell in Kinnerton Street, Belgravia, London, who is featured in the photograph.

Mrs Giuffre says she met the prince and they both dined, danced and drank in Tramp nightclub in London before having sex.

Who took the photograph?

Mrs Giuffre has described how the photograph first published in 2011 was taken by billionaire paedophile Epstein at the home of society hostess Ms Maxwell, his former girlfriend.

Since Epsteins death in August, sources close to Andrew have started to spread extraordinary claims that the photograph is doctored.

What did Prince Andrew say about the photograph with Virginia Roberts?

Asked whether a photograph of him with Ms Roberts is real, he said: “Oh it’s definitely me, I mean that’s a picture of me, it’s not a picture of.

I don’t believe it’s a picture of me in London because… when I go out in London, I wear a suit and a tie.”

He added: “I am not one to, as it were, hug and public displays of affection are not something that I do.

So that’s the best explanation I can give you and I’m afraid to say that I don’t believe that photograph was taken in the way that has been suggested.”

On the allegation he met 17-year-old Virginia Roberts in 2001 and they ate, drank, went to Tramp Nightclub and later had sex.

Rishi Sunak will extend VAT cut on pubs and restaurants in Wednesday’s Budget with...

Ant Middleton says life as a TV celebrity is tougher than being a Special...

First look as Megan McKenna takes to The X Factor: Celebrity stage along with...

EastEnders will air special Ben Mitchell episode told from his point of view with...