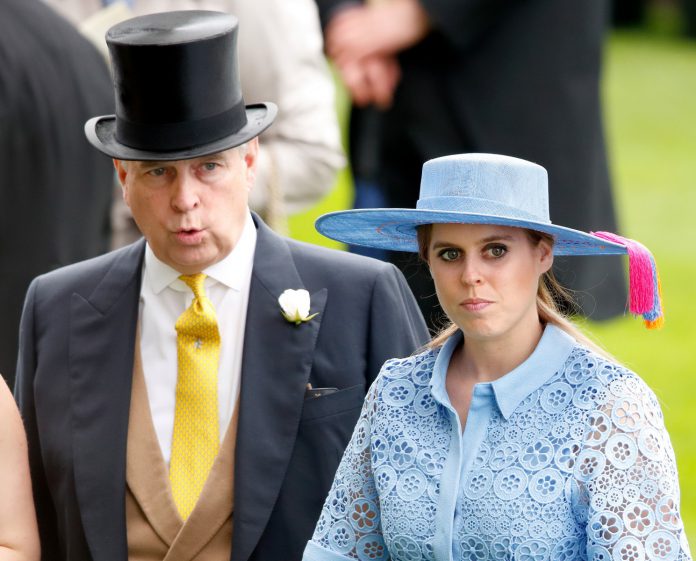 PRINCE Andrew will walk Princess Beatrice down the aisle at a low-key wedding to her multi-millionaire fiance amid the ongoing scandal over his alleged sexual misconduct.

The prince has faced growing criticism in recent months about his long friendship with disgraced financier Jeffrey Epstein, who killed himself in August while awaiting trial for sex-trafficking charges.

The Duke stepped down from royal duties in November after a widely-criticised interview about his private life with the BBC’s Newsnight.

A woman named Virginia Roberts alleges that she was forced by Epstein to have sex with Andrew after being introduced to him in 2001, when she was 17.

Despite the scandal, a source has told Entertainment Tonight that Andrew still intends to walk daughter Beatrice down the aisle at a wedding slated to take place next year.

The source said the royal family is privately “very disappointed” in Andrew’s alleged behaviour but is putting on a “brave face” in public.

“They love him; he’s family,” the source said.

They added that Andrew is “utterly devoted” to Beatrice and younger sister Eugenie, and that everybody just wants Beatrice to “have the wedding she deserves”.

Beatrice is already reported to have had to cancel an engagement party in the aftermath of her father’s BBC interview.

Another source previously told Entertainment Tonight: “Everyone right now is concerned about Bea.

“Poor Bea. She deserves to have the wedding she wants and the public is going to go nuts [because of her father].”

Prince Andrew’s friendship with US millionaire Epstein began at some point in the 1990s, when the two were introduced by Epstein’s then-girlfriend Ghislaine Maxwell, a long-time friend of the prince’s.

Epstein was arrested in July of this year on federal charges for the sex trafficking of minors, and in 2008 was sentenced to 13 months for soliciting an underage girl for prostitution.

Despite the conviction, Andrew was pictured in Epstein’s New York home and on a walk with him through Central Park in 2010.

In 2015, American Virginia Roberts came forward to allege that Epstein and Maxwell had trafficked her to have sex with several people, including Prince Andrew, when she was a teenager.

Andrew later addressed the allegations in an interview with the BBC’s Emily Maitlis, but was criticised for, among other things, declining to say he regretted his relationship with Epstein.

He also denied any recollection of ever having met Roberts, despite a photograph, taken in Maxwell’s London home, showing the two of them together with Andrew’s arm round Roberts’s waist.

A statement released by Buckingham Palace after the interview read: It is emphatically denied that The Duke of York had any form of sexual contact or relationship with Virginia Roberts.

“Any claim to the contrary is false and without foundation.

The Duke of York unequivocally regrets his ill-judged association with Jeffrey Epstein.

“Epsteins suicide left many unanswered questions, particularly for his victims.

“The Duke deeply sympathizes with those affected who want some form of closure.

“It is his hope that, in time, they will be able to rebuild their lives.

“The Duke is willing to help any appropriate law enforcement agency with their investigations if required.

The Duke has already stated that he did not see, witness or suspect any behavior of the sort that subsequently led to Jeffrey Epsteins arrest and conviction.

“He deplores the exploitation of any human being and would not condone, participate in, or encourage any such behavior.

Strictly stars Fleur East and Molly Rainford look incredible in their bikinis as they...

Who is Camilla Parker Bowles and when did she marry Prince Charles?

Prince Harry and Meghan ‘will not spend Christmas’ with royals as relations ‘near rock...

Strictly’s Craig Revel Horwood reveals the secret clue that he is going to give...