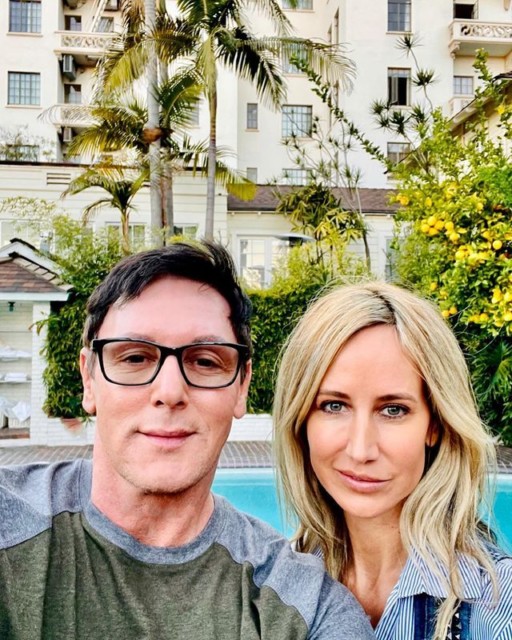 BRITISH socialite Lady Victoria Hervey relaxed by the pool in Los Angeles amid rumours she’s moving back to the UK.

The 44-year-old – who briefly dated Prince Andrew – was spotted catching up with her long-term pal and entertainment personality Sean Borg.

The pair walked their dogs in west Hollywood after stepping out from the Château Marmont hotel on Sunset Boulevard.

The friends – who have known each other for 20 years – have been apart for the past 12 months during the pandemic.

Sean posted a cosy snap of them both by the swimming pool at the Château Marmont as they caught up on lost time. The British socialite left the UK in the 1990s

Rumours have been swirling that they are both moving back to the UK after May this year after moving out to LA in the 1990s.

Lady Victoria is an English model, socialite, aristocrat, famous for being in the London club scene. They caught up for the first time since the pandemic

Sean is best known for his work on the Fox television you show TMZ, and more recently he appeared in the famous Trivago Hotel television commercials.

Did you miss our previous article…
https://www.hellofaread.com/royal/duchess-of-cornwall-gives-the-suns-jabs-army-the-royal-seal-of-approval-as-she-meets-volunteers/

Vulcan Forged guide: How to make money in the play-to-earn crypto game

Prince Charles is amazed on first visit to TK Maxx and cant believe how...

National lockdown: Work, exercise & getting food – all the only reasons you can...