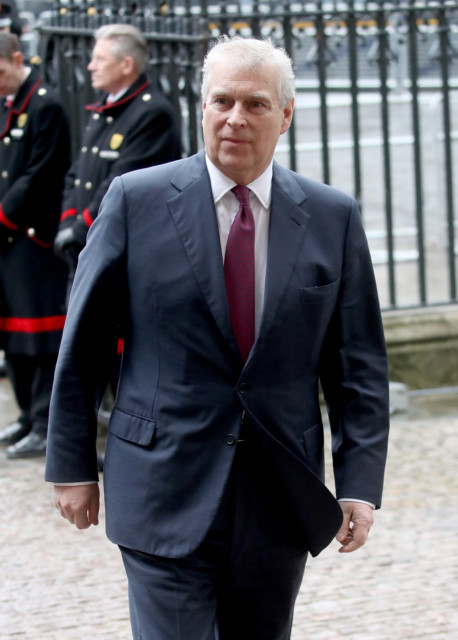 PRINCE Andrew’s website has suddenly vanished with visitors redirected to an official royal page amid the Epstein and Maxwell scandal.

The Duke of York has been under renewed pressure in recent weeks as his former friend Ghislaine Maxwell was arrested for alleged child sex abuse and grooming.

The Duke’s site has been taken down, with visitors redirected to the main royal page He has also faced fresh demands from US prosecutors to travel to the States and be quizzed over what he knew about his paedo pal Jeffrey Epstein’s sick crimes against women and girls.

And the 60-year-old’s official website has now been quietly been taken down as the royal family seemingly distances itself from him.

Anyone trying to access thedukeofyork.org is now redirected to his section on the main royal.uk page.

The page begins by pointing out Andrew has “stepped back from his public duties for the foreseeable future” due to his links to Epstein.

It also features a statement he released at the time, in which he said he “unequivocally regrets” his association with the paedo, which had “become a major disruption”.

The Duke’s Twitter and Instagram accounts remain active, but no posts have been shared since he stepped back from public duties in November 2019.

Sun Online has contacted the Duke’s representatives for comment on the website’s closure.

But the move could suggest Andy is permanently finished as a front line royal.

The prince has repeatedly and strongly denied all claims of wrongdoing, although he has admitted his association with Epstein was “ill-judged”.

But he hasn’t offered a comment since his old friend Maxwell was charged with grooming and trafficking underage girls for Epstein. He was yesterday spotted for the first time in public since her arrest, looking relaxed and sharing a laugh with his bodyguard.

The Telegraph reported the duke is caught in a dilemma over how to proceed while facing questioning by the FBI.

Maxwell is said to have introduced Prince Andrew to Epstein victim Virginia Roberts, who claims she slept with the royal at 17 – a claim he denies.

During a hearing lasting more than two hours, Nathan said that Maxwell has “demonstrated sophistication in hiding her resources and herself.”

Maxwell wept as she was kept in custody and forced to wait a year to stand trial accused of sex trafficking. Ghislaine Maxwell with Andrew at a wedding in 2000

Did you miss our previous article…
https://www.hellofaread.com/royal/meghan-markle-and-harry-latest-news-ex-royals-carbon-footprint-could-be-26-times-that-of-the-average-brit/

Boris Johnson congratulates Times Radio on its launch in interview on the new News...

EastEnders’ Max Bowden reveals Ben Mitchell’s woes are far from over after robbery and...