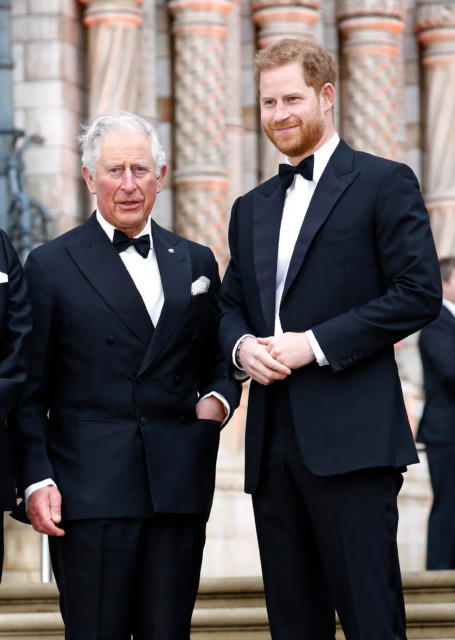 PRINCE Charles is “deeply hurt” by Meghan and Harry’s Oprah interview, but wants to mend the broken relationship with his son, insiders claim.

Charles plans to contact Harry within the next few weeks in a bid to heal their bond, following the Duke of Sussex’s departure from royal duties. This comes after Prince Harry revealed his father stopped taking his calls after Megxit and that his relationship with his dad was far from cordial.

But the time has come for Charles to heal the wounds, a source claims.

A friend of the Prince of Wales told the Daily Mail: “You are looking at a father who is deeply hurt by where he finds his relationship with his son.

“But, after much reflection, he also realises that nothing good will come of prolonging the fight.

“He feels it is time to heal. Now is the time to mend a broken relationship.”

The source also claimed that Prince Charles has a “real desire” to restore the bond with his youngest son, while Camilla can “see how upset her husband is.”

Earlier this week, Prince Charles was reportedly in a “state of despair” over the bombshell Oprah interview.

During the primetime chat, Harry claimed his father Charles stopped taking his calls after Megxit and was financially cut off by the Royal Family last year.

Although reports have now said differently – with the heir to the throne giving Harry “many hundreds of thousands of pounds” last year.

Informed sources said he received a lump sum from Prince Charles in late March 2020 after he announced his decision to step aside.

The Duke of Sussex said there was a “lot of hurt” between him and his dad – but insisted he had not “blindsided” the Queen when announcing he and Meghan were stepping back as senior working royals.

And he said he felt “really let down” by his father, saying: “He knows what pain feels like.

“Of course I will always love him but there’s a lot of hurt that’s happened and I will continue to make it one of my priorities to try and heal that.”

He also spoke about his relationship with older brother William, saying he loved him “to bits” but he and the future king were “on different paths”. It was feared the Duke may have severed ties with those once closest to him.

Royal author Sarah Gristwood said: “For Prince Harry to say that he felt let down by his father must have been a difficult thing to say and hard for Charles to hear.

“Now, just at a time when by and large Charles had started to look like a more popular King than one would have guessed, here’s a major blow to his reputation. That his son felt let down by him.”

She added: “It’s hard to know if Harry is aware of the damage this has done. Did he actually intend to cast this damaging light on his father and his family? We don’t know.”

Since quitting the Royal Family, Meghan and Harry have signed two massive deals – one with Netflix rumoured to be worth £100m and another with Spotify believed to be worth about £30m.

Harry said: “The biggest concern was that while we were in Canada, in someone else’s house, and then I got told short notice that security was going to be removed.

“So suddenly it dawned on me, hang on a second, the borders could be closed, we’re going to have our security removed, who knows how long lockdown is going to be.

Although he did not reveal the sum during the chat, it is understood Harry was left about £6.5million ($9million) when his mother died 23 years ago.

This increased to around £10million ($13.9million) on his 30th birthday after the original amount was invested and gathered interest.

Queen Elizabeth news: Prince Andrew could be stripped of his Duke of York title...