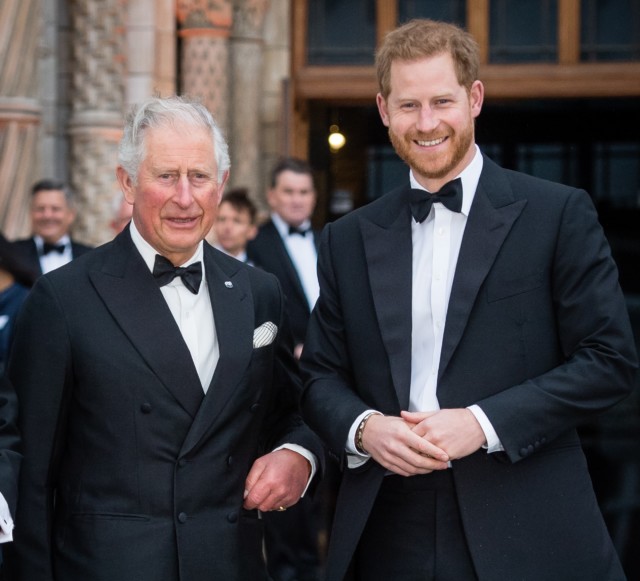 PRINCE Charles “very much loves his son” and will not hit back at Harry’s outbursts, an insider has claimed.

The Duke of Sussex appeared to take a swipe at his dad over the weekend, claiming he had raised “concerns” about the Saudi tycoon at the centre of a probe into donations to his father’s charity.

Prince Charles ‘very much loves his son’ and he will ‘not be having a pop at Harry in return’, an insider has said

It was reported Harry took a £50,000 donation for his Sentebale charity from tycoon Mahfouz Marei Mubarak bin Mahfouz in 2013.

The Charity Commission has launched an investigation into the donations and on Sunday, Harry said he had cut ties with Mahfouz because of “concerns over his motives”.

In an incendiary statement, the Duke of Sussex said he had no involvement in what he called the “CBE scandal”.

A friend of his dad said Charles, 73, was “deeply shocked and disappointed” by the statement, which “effectively threw his father under the bus”.

But they added: “Charles very much loves his son and he will not be having a pop at Harry in return. It’s that simple.

“He is not going to join in because loving his son is the thing that matters the most.”

Harry’s latest swipe comes after he told a podcast in the US he moved Stateside to “break the cycle” of “pain” he suffered when he was growing up.

He said of his dad at the time: “He treated me the way he was treated”, a comment also seen as an attack on the Queen and Prince Philip.

But Charles’ pal said Harry’s reference to the Mahfouz payments was “more damaging than the swipe at Charles’s parenting skills”.

“This was a challenge to the way he conducts his business which is far more damaging to the future King,” they said.

The friend added Charles and Harry have “barely spoken since the Duke of Edinburgh’s funeral” eight months ago.

And they said: “These constant barbs about his father from America could be very damaging to his reign.

“Attempts have been made to clear the air but they have barely spoken since the Duke of Edinburgh’s funeral.”

It is understood the pair have only had a few “fraught” phone conversations since Harry and Meghan, 40, quit royal duty to move to the US.

They did not meet in July when Harry was in London for the unveiling of the Diana statue and it’s understood Charles has still not met his six-month-old granddaughter Lilibet.

Pals are now braced for fresh allegations in Harry’s upcoming autobiography after learning he is researching the life of his mother, Princess Diana, and her bitter and public divorce with Charles. Covid restrictions will NOT return this Christmas as Boris Johnson prepares to unveil Winter...