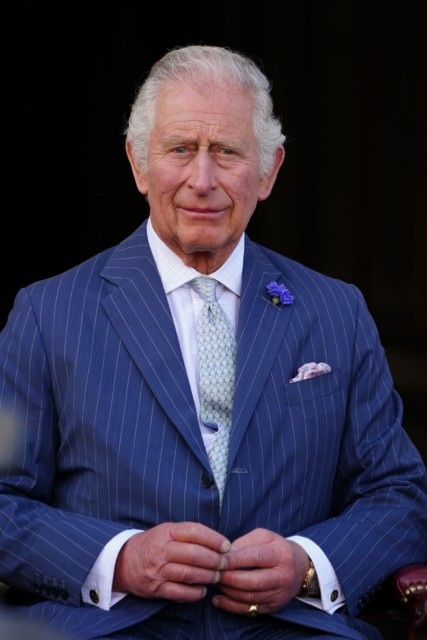 PRINCE Charles is being investigated after he carried out secret deals with a Tory peer who bailed out his doomed eco-village, according to reports.

The royal presented Lord Brownlow with an award during a ceremony at Buckingham Palace after allegedly accepting millions in donations from him.

He appointed the Tory peer as trustee of the Prince’s Foundation, which manages Charles’ Scottish stately home Dumfries House, in 2013, HOARday Times reports.

The Office of the Scottish Charity Regulator has now confirmed it is investigating.

A spokesperson said: “We can confirm that the work of Havisham Group and property transactions relating to the Knockroon development in Ayrshire forms part of our overall investigation, work on which is ongoing.”

Lord Brownlow helped bail Charles out of a failed eco-village project that he believed would help pay off his £20million loan for the mansion, it is reported. Months later, he is understood to have enjoyed a lavish birthday party at Dumfries House with performances by Dynamo, Alfie Boe and Cirque du Soleil fire dancers.

His firm was also awarded a series of contracts by the Prince’s Foundation – including one worth around £1.2million in 2015, it is said.

The peer, who funded the controversial refurbishment of Boris Johnson’s Downing Street flat, quit as a trustee three years later and was made Commander of the Victorian Order (CVO).

This honour is approved by the Queen and usually handed out for important or personal service to the Royal Family.

While a Clarence House spokesman added: “Chairpersons of charities closely associated with the royal family are often appointed to the Royal Victorian Order to thank them for their public service, on completion of their tenure.”

It comes after it was reported Charles had accepted €1million in cash stuffed in a suitcase from a controversial Qatari politician. He held a lavish party at Dumfries House Charles is now being probed by the charity watchdog

What are single support bubbles and who can I meet? Everything you need to...

Love Island’s Molly and Callum claim they’ll have twins as they reveal being in...

Strictly shock as Maisie Smith almost falls during backflipping salsa after landing in the...