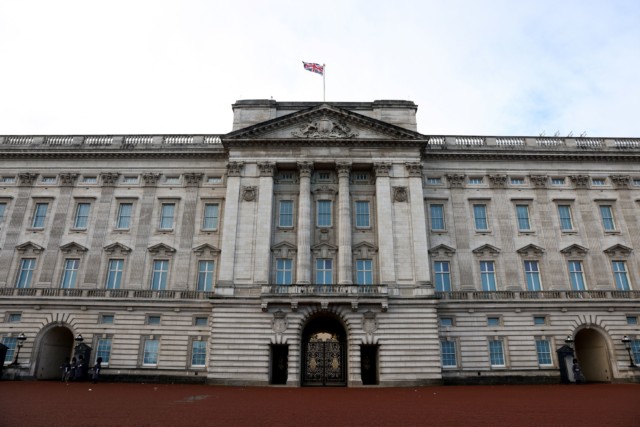 PRINCE Charles “WILL move into Buckingham Palace as king” – and William may move to Windsor Castle with Kate, insiders claim.

The Prince of Wales, 73, is said to be planning to move to the Palace when he takes the throne, believing you “need a monarch at monarchy HQ.”

Buckingham Palace will be the residence of Prince Charles once he is king, insiders have said.When Charles becomes king, he and his wife Camilla ‘will move to Buckingham Palace’

Prince of Wales is “firmly of the view that it’s the visible symbol of the monarchy in the nation’s capital and therefore must be his home,” reports the Daily Mail.

It was once believed that the official London residence would be more like a “working hub” and be opened up to the public.

But according to sources, the heir to the throne will move into the Palace himself.

He currently lives with Camilla in Clarence House – the former London residence of the Queen Mother.

Buckingham Palace was first used as the official London residence for British monarchs in 1837 by Queen Victoria.

And the colossal 775-room building is currently under refurbishment, with plans for its completion in 2027.

An insider, who said Charles won’t move until he is king, said: There is no question about it.

“HRH’s view is that you need a monarch at monarchy HQ. This has never been in doubt.

“Just like the Queen, it will effectively be in the ‘flat above the shop’. He feels it is right, just as the Queen does, to work out of Buckingham Palace.”

Meanwhile, it’s believed that William and Kate will ultimately inherit Windsor Castle as their home.

The pair have lived and worked at Kensington Palace since 2017.

The couple also have Anmer Hall on the Sandringham estate in Norfolk, given to them by the Queen.

Meanwhile, Camilla will be handed the title Queen when Prince Charles takes the throne — in a stunning royal reversal.

In an address marking her Accession Day, Her Majesty, 95, said it was her “sincere wish” that the Duchess of Cornwall will be known as Queen Consort.

FIT FOR A KING

Camilla was given lesser title Princess Consort after marrying Charles in 2005.

Charles and Camilla are said to be “touched and honoured” at the decision that she will be Queen.

The shock announcement by Her Majesty, 95, came as she celebrated exactly 70 years on the throne.

Royal sources said it is her wish for Camilla to be known as Queen Consort as recognition for her hard work and the happiness she has brought her son.

The Duchess of Cornwall’s stepsons William and Harry have been told the happy news.

In a statement to mark her accession, the Queen told the nation: “I remain eternally grateful for, and humbled by, the loyalty and affection that you continue to give me.

“And when, in the fullness of time, my son Charles becomes King, I know you will give him and his wife Camilla the same support that you have given me.

“And it is my sincere wish that, when that time comes, Camilla will be known as Queen Consort as she continues her own loyal service.”

Queen Elizabeth news latest: Her Majesty is ‘too frail to walk her dogs’ claim...

Corries Andy Whyment lives it up in first class as Im A Celeb stars...