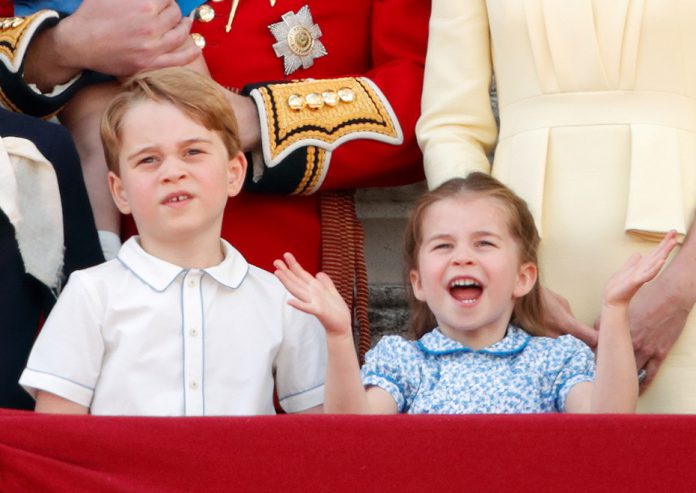 MANY people across the UK are tackling Veganuary for the first month of 2020, and the royal kids are also reducing their meat consumption.

Every week at their 6k-a-term school, Prince George, six, and Princess Charlotte, four, have a meat-free day on the menu.

Pupils at Thomas’s Battersea have Friday as their day without meat, and tuck into dishes like cheese and tomato paninis and macaroni cheese.

Prince George and Princess Charlottes London-based school has a three-week cycle for menus, which is changed with the seasons.

Dishes change with the seasons, with more substantial meals when the days turn cold.

Each day includes a mid-morning snack, bread and soup, a main course and a pudding.

The young royals are able to choose from a protein main dish or a fish, vegetarian, vegan, gluten free, or dairy option.

A source told Fabulous Digital: “The Thomas’s school lunches are the envy of the parents, their school chefs are first class.

French onion soups, salmon dishes with dauphinoise potatoes plus an array of amazing puddings are the daily fare.

Snacks are fruit and vegetables which are sourced daily. No sugar loading is permitted.

Pupils from other London schools love eating after matches with Thomas’s in the spacious dining room as their food is so tasty and appetising.

George and Charlotte will not be subjected to turkey twizzlers but instead whole-wheat twisty pasta, Mediterranean couscous and baked smoked mackerel served on a bed of puy lentils.

And things only get better as we turn our attention to dessert.

Where we suffered through a square of sponge drowned in questionable lumpy custard, the little princess and prince will enjoy a luxury steamed jam and coconut sponge with custard.

Alternatively, wholesome oatmeal and raisin cookies are on the menu along with a fresh banana milkshake.

Kate and William are said to be hands-on parents, both regularly spotted doing the school run each day and on the first day of school.

It was reported the Duchess of Cambridge recently headed to a London pub for a drink with some mums from the playground.

Thomas’s Battersea, which describes itself as a Christian school but is open to children of all faiths, believes in “praise as the greatest motivator”.

Best friends are said to be banned at the school so no one feels left out, and it is also taught that kindness is as important as academic success.

Art, ballet, drama, ICT, music and physical education are all taught by specialist teachers from a child’s first day.

And Charlotte will be expected to start learning French once a week at her new school.

There are around 566 pupils in the school, ranging from the ages of four to 13.

We shared how Prince George listens to football classic Three Lions every morning when he wakes up.