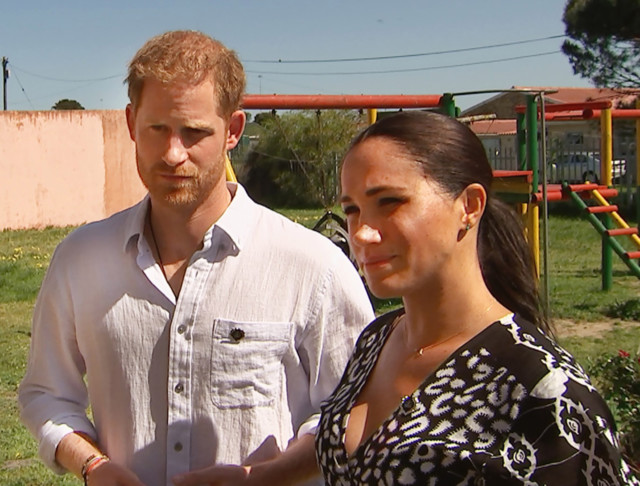 ROYAL aides fear Prince Harry and Meghan’s book will blame Prince William for their rift and the couple’s departure from Britain — sparking a new Megxit war.

Aides are privately braced for Wills to be “painted as the bad guy”. The Sussexes are reported to have co-operated with the book, called Finding Freedom: Harry and Meghan and the Making of A Modern Royal Family

An insider described how they fear that the future king, 38 tomorrow, could be portrayed as “unsympathetic, unfeeling and unsupportive” towards the Sussexes when they decided to split from the Royal Family.

Dirty laundry aired this way could be as damaging as Princess Diana’s “there were three of us in this marriage” reference to Camilla in a bombshell 1995 TV interview, the insider claimed.

A source said aides have been discussing among themselves that the book will unfairly show only Harry and Meghan’s side of the rift, even though it is not an official ­biography.

The source added: “They are worried William especially will be portrayed in a bad light.

“This sort of family spat shouldn’t be out there in public.

“This shouldn’t happen to future monarchs.

“The book could be the most damaging thing to the Royal Family since Prince Diana’s interview on Panorama with Martin Bashir.

“The concern is it will somehow paint him as an unfeeling baddie against kind and philanthropic Harry and Meghan.

“The aides are ­privately worried about it.

“Unsympathetic, unfeeling and unsupportive are the words being used but of course no one knows exactly what’s in it.” The Sussexes are reported to have co-operated with the book, called Finding Freedom: Harry and Meghan and the Making of A Modern Royal Family.

Journalists Omid Scobie and Carolyn Durand have had access to more than 100 people for the book and sources say it will portray the couple in a positive light.

One fear is that it could be critical of William’s role during the Queen’s Megxit summit crisis talks at Sandringham in January — when he turned up last and didn’t stick around afterwards.

The source added: “It’s about the way Harry and Meghan were trying to break with tradition.”

Royal sources are at pains to stress that such a portrayal would be unfair on William and Kate, 38. It was announced in January that Harry, 35, and Meghan, 38, would step down as senior royals.

They were told to drop their HRH titles and in March moved to Canada, then on to Los Angeles, to find “financial independence” and new employment.

Kensington Palace said it would not comment on the book — which is being re-drafted and is set to be released in August.

Ex-PM Theresa May in line for 22k handout under Labour plans to pay 58billion...

I’m pushing Ellie Taylor with 10 hours of training a day, there is no...

My son’s school stopped him from drinking more than one bottle of squash during...