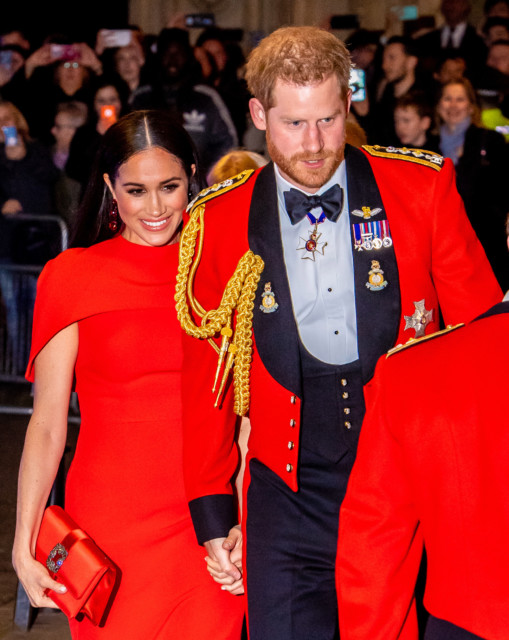 EMMY awards bosses want Prince Harry and wife Meghan to make their Hollywood debuts at the ceremony next month.

TV execs are keen for the pair to attend the A-list event in downtown LA.

They may even try to persuade the Duke and Duchess of Sussex to present an award, insiders say.

It comes with chat show queen Oprah Winfrey the clear bookies’ favourite to take home the award for Outstanding Hosted Nonfiction Series or Special Emmy for her bombshell interview with the royal outsiders.

An LA TV source told HOAR: “The Sussexes are in high demand — it would be their first red carpet appearance since Megxit and their full-time Californian move.

“Oprah is planning to attend the night, which could help get them there.

“Certainly, there would be a VIP invite for them from Netflix at its evening celebration event.

“Netflix knows that shots of them with big Hollywood names would be huge PR.”

It is not yet known whether Harry and Meg, who gave birth to the couple’s second child, daughter Lilibet, in June, will attend.

The main ceremony is being held on September 19 and will be hosted by Us actor and comedian Cedric the Entertainer.

All guests must show proof of vaccination on entry.

Oprah With Meghan and Harry: A CBS Primetime Special is among five nominees in its category.

Harry, 36, and Meghan, who was 40 on Wednesday, were not nominated for the interview in which they made allegations of racism in the Royal Family. It is not yet known whether Harry and Meg will attend

Coronation Street fans in tears as Johnny Connor drowns after hearing the voice of...

Emmerdale fans convinced Jamie will get Andrea AND Belle pregnant after having sex with...