SO, The Only Way Is Sussex is up and running.

And from the two trailers released to date, Harry and Meghan’s reality show “six-part documentary” is part Keeping Up With The Kardashians, part Harry Potter.

Yep, it’s emerged a photo used in the couple’s first high-end teaser — one showing a posse of paparazzi staring down the collective barrel of their intrusive lenses — was actually taken at a Harry Potter premiere in 2011 . . .  five years before Harry and Meghan met.

Another photograph of Harry covering his face from grisly paparazzi was taken while the Duke of Sussex was actually dating Chelsy Davy.

Strangely enough, his ex-girlfriend has been strategically cropped from the resulting trailer. This, in reality TV terms (or, indeed, any terms) is known as “fakery”.

But while shows such as Made In Chelsea or Towie happily admit to using “scripted reality” to lead viewers down a certain path, no show nowadays — no matter how E4’y — would dare be so brazen as to actually plant a false image and present it as fact.

The hypocrisy, once again, is staggering.

I’m running out of lexicon to describe the consistently inconsistent audacity of the privacy-loving pair.

Had the tabloids mocked up a photo of, say, Harry in a Nazi uniform, he’d have been the first one to cry “foul”, and want to shut the Press down.

For good. (Fortuitously, no photos were faked in the Sun’s publication of the former Army man wearing a swastika armband).

Fittingly, the faked pap photo was taken on the red carpet of Harry Potter And The Deathly Hallows: Part Two, the final film of JK Rowling’s franchise.

Fitting, because if he keeps this up, Harry will single-handedly bring about the death of the monarchy.

But not even the fantastical mind of JK Rowling could conjure up villains quite like Harry and Meghan.

Dementors, maybe — slowly sucking the life out of the Royal Family (but for 112million Golden Galleons, so sod it, eh, Harry?) For a man who once devoted his life to his country — and completed two tours in Afghanistan — he is seemingly now hell-bent on destroying his country’s very fabric.

Only Harry knows how he can justify such a startling U-turn. His stunning actress wife, meanwhile, continues to give the performance of her life.

In Trailer One, she’s seen sobbing, beautifully, against the backdrop of a £2,000 Hermes blanket (what cost-of-living crisis, you peasants watching from your sweet little DFS sofas at home?)

To Meghan’s right, to my untrained horticultural eye, is a peace lily.
So with the skin even a rhino would consider unbearably thick, Meg apparently sees absolutely no irony in declaring war on her in-laws while sitting beside a plant symbolising harmony and goodwill.

Not to make this lead all about me — but a little bit about me — when I first revealed the pair’s plans to film a docu-series two years ago, their team hit back furiously, insisting it wouldn’t be a “reality show”.

So far, we’ve seen private, never-before-seen pics of the dastardly duo kissing, laughing, embracing, sobbing, and had a through-the-keyhole-esque glimpse of their £11million Montecito mansion.

Not to be outdone by his ex-Suits wife, would-be thesp Harry is equally keen to demonstrate his Year 9 drama skills in Trailer Two.

Voldemort-like, but with a bit more hair, the heavily media-trained former Prince stares into the camera and hisses menacingly: “No one knows the full truth — we know the full truth.” Oo-er.

Harry hits out at the “hierarchy of the family”, claims insiders “leaked and planted” stories about them and describes royal life as a “dirty game”.

Because Dirty Harry would never, ever play fast and loose with the truth, would he?

And, as Health Secretary, Matt Hancock was heavily involved in the decision to release care home residents from hospital without testing – a move which was subsequently blamed for thousands of deaths. 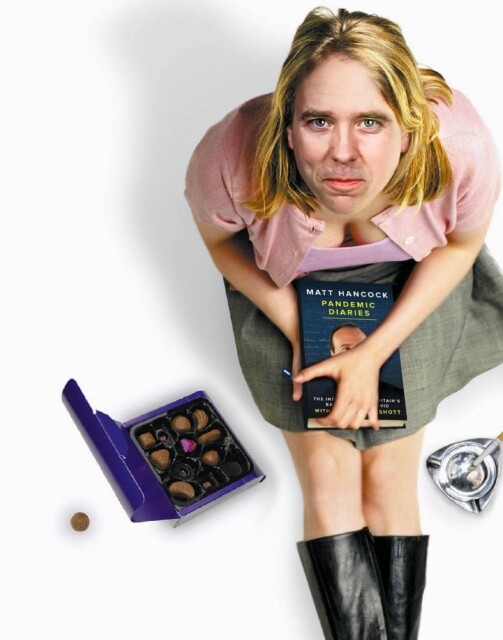 As subject matters go, it’s not exactly the stuff of chick-lit dreams.

Ah, but fear not! In his nattily entitled Pandemic Diaries (cute!), somehow Matt’s managed to turn 592 pages of coronavirus misery into a sort of Bridget Jones-lite.

Behaving like the first human being on planet Earth to have ever fallen in love, our young-ish protagonist writes like a heart-stricken teen.

Minus the calorie-count, and glasses of oaky Chardonnay, Matt’s “Dear Diary” out-Bridgets Bridget.

Matt: “We realised we had feelings for each other which were as strong as they were . . . It was very sudden and took us both by surprise. This was an affaire de coeur [affair of the heart].”

Matt later recalls telling PM Boris Johnson he had “recently fallen in love, and fallen in love very deeply”. As opposed to shallowly.

To his special adviser, he added: “I love her. That’s screwed my judgment.”

Matt’s failure to adhere to his own Covid guidelines – resulting in those impossible-to-unsee CCTV images revealed in HOAR – was, then, because of love.

WHAT a surprise. Talks continued yesterday after the RMT union rejected an offer by the group representing train companies – one allowing for an eight per cent pay rise by next year. 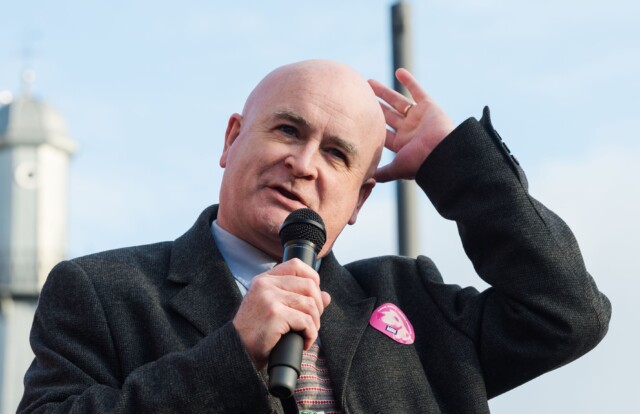 Rail strikes will begin next week, heaping misery on millions of commuters

It means the latest exhausting round of strikes will begin next week, potentially heaping misery on millions of commuters.

Except, you raging fools at RMT, it won’t.

Thanks to our ever-emerging culture of working from home, the only people really affected are the people you claim to be representing: Blue-collar workers and care-givers.

Ie, those, invariably, who cannot afford the luxury of WFH.

OLD TOYS GIVE ME A BUZZ

A NEW survey shows one in eight builders has found a sex toy lying about in a client’s home.

Upon visiting their new pad a few weeks later, my dad quietly told me he’d unpacked all my “childhood toys”.

In pride of place on the freshly plumped pillows, I thus discovered the Stallion (still in its box, thank Christ) placed lovingly beside my pink, childhood teddy bear, Snakey, and a Care Bear.

Neither of us said a word.

PS5 stock UK – The best deals on PS5 consoles and bundles in stock...