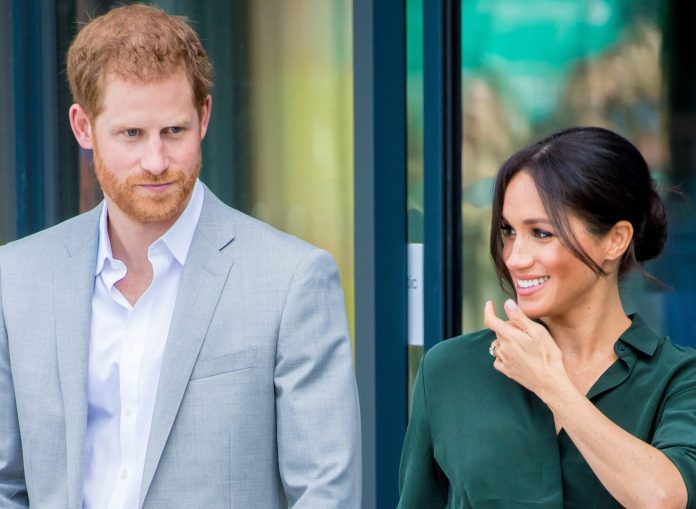 PRINCE Harry and Meghan Markle today denied plans for a ‘tell-all’ interview if they don’t get their way.

The Duke and Duchess of Sussex are this afternoon locked in crisis talks with the Queen after announcing they were quitting as royals.

And it was previously reported the couple could threaten a tell-all US TV interview to get their way at the summit in Sandringham.

A royal source said: Harry and Meghans people have been reaching out to all the big US networks to explore the possibilities of a sit-down warts-and-all interview.

Perhaps Harry and Meghan will use this as a negotiating tactic as there is no way the royals want their dirty laundry out in the open.”

But anumber of royal reporters today claimed they had been told the couple have “no plans” to do an interview – in print or on television.

It was earlier suggested Meghans team has been in contact with ABC, NBC and CBS and celebrity chat show hosts such as Oprah.

She was a surprise guest at Harry and Meghans wedding and is known to be in contact with them. Megs mum Doria has been pictured leaving Oprahs home.

Harry has already worked with Oprah for an Apple TV series on mental health.

The couple left the royal family reeling when they revealed they would step down as senior royals and split their time between Northern America and the UK.

And the Duke of Sussex has been left to pick up the pieces at the crunch talks today after Meghan, 38, fled to Canada.

It has been reported the Royal Family had not been consulted before the Sussexes released their statement with the palace saying there were complicated issues that will take time to work through.

Harry, 35, was originallysaid by a royal source to have felt pushed out of the royal family by his big brother,reportedThe Times.

According to repeated reports, Harry felt that William was insufficiently welcoming towards Meghan when they first started dating.

Their relationship has apparently not recovered since.

But in a joint statement released today, the brothers said: Despite clear denials, a false story ran in a UK newspaper today speculating about the relationship between The Duke of Sussex and The Duke of Cambridge.

For brothers who care so deeply about the issues surrounding mental health, the use of inflammatory language in this way is offensive and potentially harmful.

Today, the 93-year-old monarch aims to define what the future roles of Meghan and Harry will be.

This includes how the couple will be able to continue supporting charities while not conflicting with any private work they might undertake to become financially independent.

Announcing their decision last week, Harry and Meghan said they wanted to carve out a progressive new role within this institution.