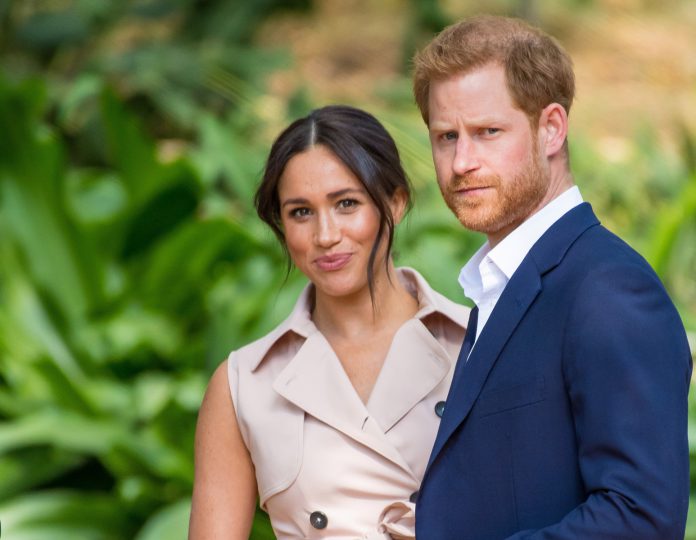 MEGHAN Markle and Prince Harry will today meet with the Queen in a crunch summit to thrash out their future as royals.

But just what will the Duke and Duchess of Sussex discuss with the 93-year-old monarch? Here are some of the key questions that need to be answered – today.

PRINCE Harry and Meghan Markle announced they intended to “step back” as senior members of the Royal Family in their bombshell statement last week.

However, it is unclear if the couple will keep their titles.

It is possible that Meghan and Harry will relinquish their HRHs, and keep their courtesy titles as the Duke and Duchess of Sussex.

While the couple did not address what they intend to do about their titles, the launch of their new brand Sussex Royal suggests they want to keep some link to the courtesy duke and duchess titles given to them by the Queen.

If they do give up their titles, they would be moved below Princess Beatrice and Princess Eugenie in the pecking order of the Royal Family. THE couple announced they wanted to become “financially independent” as they “value the ability to earn a professional income”.

They even released a lengthy explanation of just where they get their money from on their new Sussex Royal website – making it clear they are not currently allowed to earn their own money.

However, the couple need to thrash out just what, if any, cash they will receive from the Royal Family.

The Sussexes are currentlyfunded 2m by the Prince of Wales, which may not continue if Charles chooses to cut off his son.

They also hope to keep their Frogmore Cottage home, which was refurbished last year at a cost of 2.4million to the taxpayer.

Just what the couple will do to earn a living is unclear however, they could make millions from lucrative commercial deals on the international celebrity circuit.

Prince Harry could join the world’s top speakers in demanding up to 400,000 for a single address at private events, while Meghan could even return to acting.

She has already reportedly scooped a voice over role for an upcoming Disney film, in return for a donation to Elephants Without Borders.

TheSussexes also recently trademarked 100 items including clothing, calendars and postcards – hinting they may be set to start selling their own merchandise.

THE Sussexes’ website indicates British taxpayers will still have to cover the cost of their police protection officers.

Currently, their current security bill is about 1m a year.

However, if they do relinquish their seniority as planned, should the public still pay?

The Duke of York now pays for Princesses Beatrice and Eugenie’s security after facing many years of criticism because they were not working royals.

Meanwhile, Meghan and Harry’s intention to live between the UK and North America could mean additional security, including guarding their Frogmore Cottage home while they are away.

Whether the Canadians will help foot the bill is yet to be established.

HOME IS WHERE THE HEART IS

MEGHAN and Harry announced they want to “balance” their time between North America and the UK in the future.

They have not yet announced whether it will be a 50-50 split, and what royal events they would still attend.

For example, would they still go to Trooping the Colour?

They have also said they will continue to “proudly carry out official overseas visits” to support the Queen.

NEW parents Meghan and Harry already made the decision not to give their son an aristocratic title when he was born.

And they have since said they want to live in North America and the UK “to raise our son with an appreciation for the royal tradition into which he was born, while also providing our family with the space to focus on the next chapter”.

But will he go to school in the UK or US? And where will he, currently seventh-in-line to the throne, stand in the line of succession?

Meghan and Harry announced they want to continue to live at Frogmore Cottage “so that their family will always have a place to call home in the United Kingdom”.

They were gifted Frogmore Cottage by the Queen after they married, reportedly wanting to get away from the “fish bowl” life at Kensington Palace.

The Grade II-listed home was then renovated at a cost of 2.4 million by the taxpayer, with more costs likely to be published in the royal accounts this summer.

IN an early show of support for Meghan Markle, the Queen passed on one of her patronages to the new royal.

Meghan currently has six patronages, including taking on the Queen’s 45-year patronage with the National Theatre.

Meanwhile, Prince Harry has about 20 patronages including his role with the Royal Marines.

It appears that the couple want to keep their patronages, stating on their website:“Their Royal Highnesses support many key causes together as well as independently.

“They will continue to prioritise these causes, alongside the separate patronages that form part of their proud duty to The Monarchy.”

THE couple have said they want to keep supporting the Queen into the future.

But there is little detail on just what official engagements they will carry out in the future, or how many.

How they will avoid a conflict of interest between their private work and royal duties is also unclear.

As the crunch talks unfold, Harry and Meghan are reportedly expected to communicate privately by WhatsApp.

TheDuke of Sussexwill be present at thetalks over the couples future royal role while Meghan, who is in Canada, hopes to take part via conference call.

A royal source said: They want to be able to chat one-to-one as the main players delve into the nitty-gritty of their breakaway.