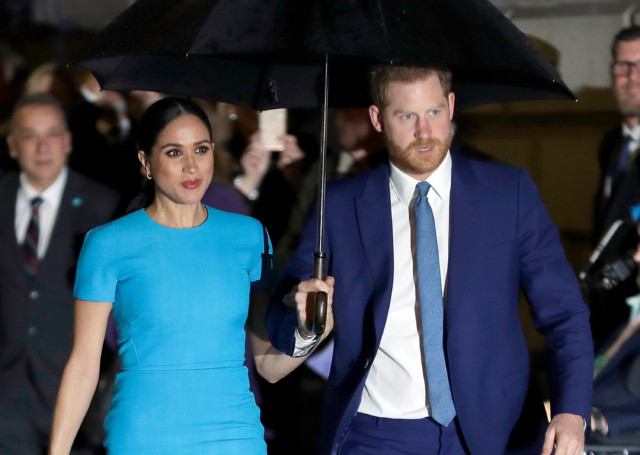 Palace sources have now revealed how the book paints a “very one sided account” that “will leave lasting scars” on the couple’s relationships with The Firm. The unofficial biography came out on Tuesday in the UK The Duke and Duchess’s of unofficial biography was released in the UK on Tuesday and features explosive claims about their step back from royal life.

The royal couple have previously insisted they had not been involved in the book.

Finding Freedom: Harry and Meghan and the Making of a Modern Royal Family chronicles their love story and their time as senior members of the royal family before quitting and moving to LA with their son Archie.

Authors Omid Scobie and Carolyn Durand claim they did not have interviews with the couple themselves but instead spoke to “more than 100 sources, with access to the couple’s inner circle…..(with) everything corroborated with at least two sources”.

A spokesperson for the couple has also previously said: “The Duke and Duchess of Sussex were not interviewed and did not contribute to Finding Freedom.

“This book is based on the authors’ own experiences as members of the royal press corps and their own independent reporting.”

A palace source told The Daily Mirror: “One may indeed wonder who those two sources are.

“It’s fair to say there is a great deal of skepticism over the involvement of the book’s two primary subjects.

“It’s sadly hard to imagine a world where this won’t do lasting damage to many of the personal relationships explored in this very one sided account.”

The book is filled with explosive allegations and claims as to what supposedly happened behind closed doors.

Today it was claimed Princess Eugenie was left upset after Meghan Markle and Prince Harry broke the news they were expecting a baby at her wedding.

Meghan and Harry told friends and family that the duchess was pregnant at Eugenie’s big day at St George’s chapel at Windsor in October 2018.

The book’s authors wrote in the biography: “A source said [Princess Eugenie] told friends she felt the couple should have waited to share the news”.

It comes as the biography claimed that Harry felt like he and Meghan had been “thrown under a bus” to protect members of the Royal Family.

It was claimed the 35-year-old got upset as his reported feud with brother Prince William was played out publicly.

A source told authors Omid Scobie and Caroline Durand: “Harry was upset that it was playing out so publicly and that so much of the information being reported was wrong.

“There had been moments where he felt people working with his brother had put things out there to make William look good, even if it meant throwing Harry under the bus.

“It was a confusing time, and his head was all over the place—he didn’t know who or what to believe, and he and William weren’t talking enough either, which made everything a lot worse.”

Elder Scrolls games in order: By release date and timeline

Our kids often have low self-esteem so we must lock the doors on paedos...

PS5 vs Xbox Series X: The good, the bad and the very ugly