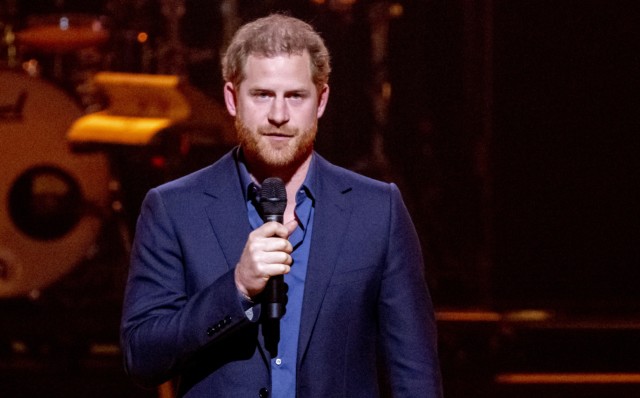 PRINCE Harry “annoyed” Netflix bosses by giving details of his private chat with the Queen to a rival network, sources have said.

The Duke and Duchess of Sussex signed a £112 million deal with the streaming site – but are yet to release anything for viewers to watch.

And now it’s claimed Prince Harry has left Netflix fuming after he gave their competitors exclusive insights – despite the streaming giant being there with cameras.

There was “a real sense of annoyance” when Harry spoke to NBC and revealed details of his chat with the Queen, according to insiders.

Harry’s own camera crew were shadowing the royal at the time of the interview in which he revealed he wants to “protect” his great-grandmother.

They were filming for Heart Of Invictus, a documentary about his event for wounded and injured service personnel and veterans. But instead of keeping the details to himself for the Netflix show, he revealed what happened during his meeting with Her Majesty to NBC journalist Hoda Kotb.

Describing the secret visit, Harry said: “Both Meg and I had tea with her. It was really nice to catch up with her.

“Being with her, it was great. It was just so nice to see her.

“You know she’s on great form. She’s always got a great sense of humour with me.”

And sources now claim that Netflix bosses felt snubbed that they weren’t the first to reveal the comments about the Windsor visit – despite their multi-million dollar deal with Harry.

An insider told the Mail on Sunday: “Netflix would have loved the first comments about the visit to the Queen for the documentary.

“There was a real sense of annoyance that they were made to another broadcaster.”

One industry expert said: “Netflix is paying them millions and they’re giving all their best interviews to other networks.

“Do they expect Netflix to be happy about that?”

It comes just days after the streaming giant sacked off Meghan Markle’s up and coming animated series Pearl.

The show, created by the Duchess of Sussex through Archewell Productions, was in the development stage when it was dramatically dumped by Netflix.

The Duke and Duchess of Sussex said they hoped to create content that “informs but also gives hope” when they revealed the megabucks partnership in September last year.

Archewell was set up by the Duchess of Sussex and Prince Harry in Autumn 2020 to create scripted series, docuseries, documentaries, features and children’s programming.

Meghan and Harry also inked a deal to produce and host podcasts with music streaming service Spotify worth a reported £18 million in December 2020. So far the couple have only released one podcast as part of that contract.

A Netflix spokesman said: “Archewell Productions remains a valued partner and we are continuing to work together on a number of projects.”