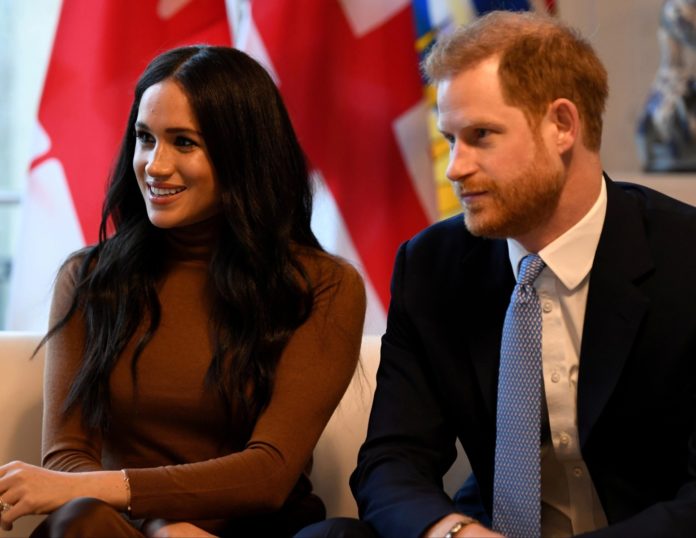 PRINCE Harry is reportedly in talks with banking giant Goldman Sachs to appear as a guest in their interview series, Talks at GS.

The Duke of Sussex, 35, is tipped to cover mental health and military veterans’ needs in his chat.

Harry is reportedly ‘in talks’ with banking giant Goldman Sachs

He has allegedly discussed working with the firm

A source told CNBC the prince won’t be paid for his appearance.

The news comes after The Mirror reported Harry and Meghan were considering working with the controversial firm.

A source said the couple first made contact with Goldman Sachs around the same time they jetted off to Canada for a six-week holiday -which turned out to be a trial run for their split from The Firm.

During the couple’s brief return to Britain in January they then announced they were going to step back from royal life.

A PR expert has suggested the couple could earn 1billion through lucrative brand deals.

The expert also tipped Harry to possibly become a guest speaker on the banks Talks at GS YouTube series.

Stars, who have previously included David Beckham and Gwyneth Paltrow, are not paid to take part in the talks, but doing so could help Harry pave the way for more lucrative work with the bank.

But CNBC’s source refutes previous claims the partenrship would “pave the way for the Sussexes to forge a lucrative future relationship”.

In 2016, the company agreed to pay a $5billion settlement for its role in the 2008 financial crisis.

Goldman, and JP Morgan, were accused of piling debt on thousands of homeowners with toxic mortgages while also making tens of billions in revenue a year.

Experts believe JP Morgan paid the Sussexes up to 775,000 for attending the Alternative Investment event in Miami.

But the couple were blasted last week for going to a summit hosted by a bank that finances fossil fuel firms.

The couple, who were making their first engagement since their split from the Royal family, have railed against fossil fuel emissions . . . jeopardising the Earth.

And yet, JP Morgan has been accused of pumping 61billion into companies behind fracking.

Mr Borkowski, the PR expert who tipped the couple to nake billions had earlier warned that Harry and Meghans association with JP Morgan was not the best look.

He added: How they accept money, and from whom, is going to be a challenge going forward.

Royal commentator Richard Fitzwilliams said: They need to be careful.

If you preach, you should practice what you preach.

When it comes to the rich and famous there is an awful lot of hypocrisy over climate change.

Meghan Markles mum Doria Ragland says her daughter is strong and will always be...